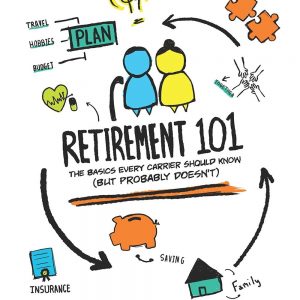 It’s no secret that most Americans are financially unprepared to retire, but the degree to which they are unprepared is frightening.

A 2013 study by the National Institute on Retirement Security says that only 10 percent of Americans have saved enough in a 401(k) plan, pension or individual retirement account to put them on track to retire. More and more Americans are coming around to the idea that they’ll need to work (a lot) longer than they expected or to find a way to get by on (a lot) less.

The study, “The Retirement Savings Crisis: Is it Worse Than We Think?” says that the average household only has $3,000 in retirement savings. While that number gets better for households of people aged 55 to 64, it still is only $12,000. One major medical or household emergency, and that savings could be gone. That’s far (far) less than the minimum amount some experts believe future retirees will need to be able to get by—eight years’ worth of income.

Letter carriers must be vigilant in their retirement planning. To assist them, this article will walk through ways letter carriers should be getting prepared.