Monday, December 17, 2018
LITTLE ROCK—Cody Hiland, United States Attorney for the Eastern District of Arkansas, announced a joint statewide federal initiative with a goal to catch and federally prosecute mail thieves this holiday season and beyond. 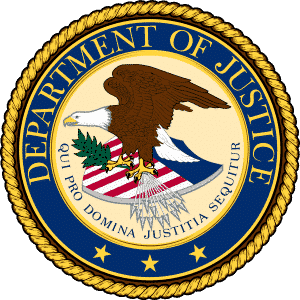 “We know that mail thieves do not take off for the holidays,” Hiland said. “In fact, this is their busiest time of the year. We want to work closely with our local partners to bring these thieves to justice. This is a crime having a significant impact on our local communities and it is a painful one to hard-working families. By marshaling the resources of law enforcement agencies on multiple levels, we want to hit back at those stealing Christmas packages.”

Also on Monday, Hiland announced the unsealing of the first complaint from Operation Porch Pirate, which involves charges against Michael Crutchfield, 57, of North Little Rock. According to the federal complaint, on November 30, 2018, an individual returned home to find Crutchfield parked in driveway of the residence. This homeowner saw Crutchfield throw several packages over a fence into a neighboring yard. Little Rock Police Department detectives later confirmed these packages were stolen from another residence. Two of the packages were delivered by the U.S. Postal Service, bringing the case within the jurisdiction of the federal government.

Crutchfield was initially arrested at the scene on state charges. The federal complaint charges Crutchfield with a violation of Title 18, United States Code, Section 1708, Theft or Receipt of Stolen Mail Matter, a felony. Upon arrest for this charge, Crutchfield will be arraigned by a United States Magistrate Judge and faces a maximum penalty of five years in prison and a fine of up to $250,000. Acting Little Rock Police Chief Alice Fulk said that many mail theft cases, including the case against Crutchfield, could end up as misdemeanor charges if only prosecuted in the state system.

“We appreciate being able to partner with the U.S. Attorney’s Office in prosecuting stolen mail and package cases,” Chief Fulk said. “This crime effects the quality of life for our residents. Anything we can do to strengthen the penalty for this is a positive. This initiative is very similar to the way we handle gun cases. It showcases the tremendous collaboration between the U.S. Attorney’s Office, the state Prosecutor’s Office and the Little Rock Police Department. We will take a case and pursue charges in the venue where an offender can get the most appropriate sentence.”

“Our message to thieves this holiday season is simple: If it’s not yours, don’t take it,” U.S. Postal Inspector Hernandez said. “Today’s announcement should serve as a warning to would-be thieves that there are significant consequences for anyone who intends to steal mail. Protecting our employees, our customers, and the U.S. Mail is a top priority for the Postal Inspection Service, and we are committed to bringing mail thieves to justice.”

Hiland said that while Operation Porch Pirate is beginning during the holidays, as long as criminals keep trying to steal other people’s mail, his office will be ready and willing to prosecute, regardless the season.

“I am a firm believer that crime goes up when the cost to the criminal comes too cheap,” Hiland said. “The goal of Operation Porch Pirate is to make the decision to steal Christmas presents from the porches of people who pay the bills around here a very painful one. We know we can’t get them all, but we are going to evaluate each case our law enforcement partners present to us and work with our local prosecutors with a goal of holding these thieves accountable.”

A criminal complaint contains only allegations. A defendant is presumed innocent unless and until proven guilty.

This news release, as well as additional information about the office of the United States Attorney for the Eastern District of Arkansas, is available on-line at http://www.justice.gov/edar