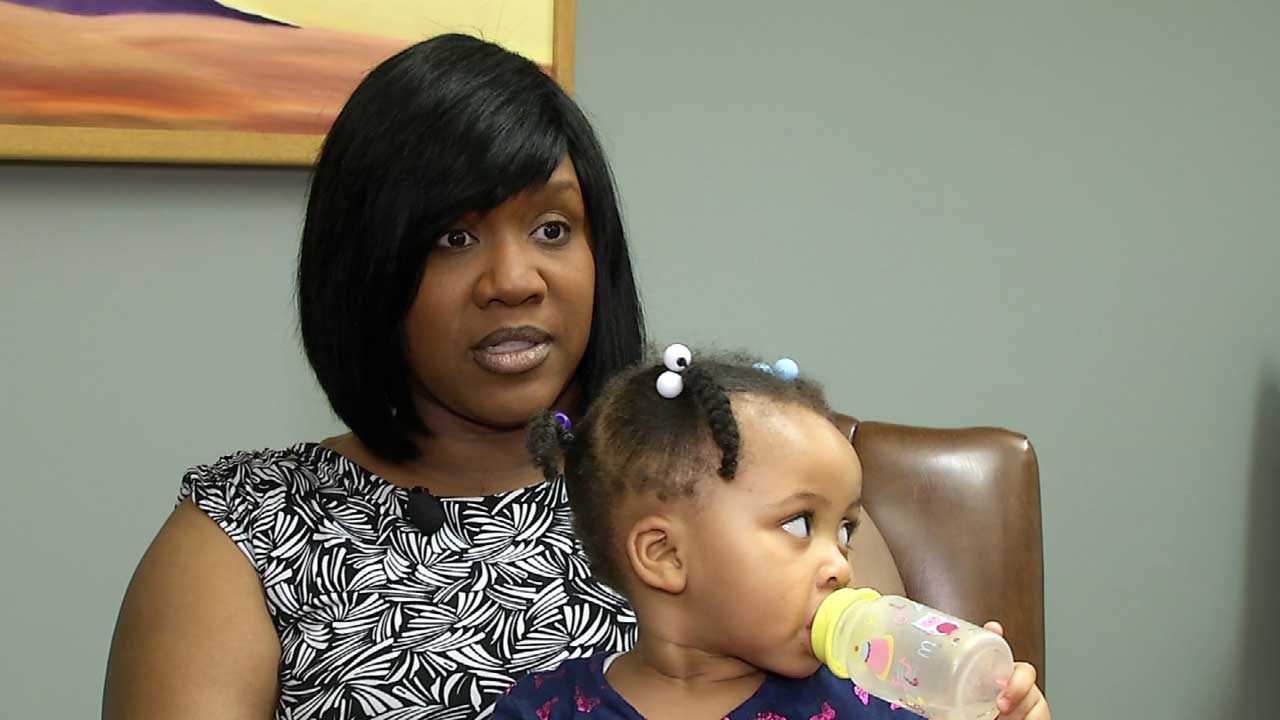 Robin Jones and her daughter

By Annie Chang – April 19, 2017
TULSA, Oklahoma – A Tulsa woman is suing her employer, the United States Postal Service. In her lawsuit, Robin Jones claims the USPS broke federal law by failing to accommodate her high-risk pregnancy.

Jones works as a custodian at the downtown Tulsa post office. Back in 2014, when she was pregnant with her daughter, the job was especially grueling.

Additionally, Jones was a high-risk pregnancy because her first child had been born premature years before.

Her doctor wrote a note on her behalf, stating Jones should only work four hours on her feet, and should sit at a desk doing clerical work the other four hours of the day.

But Jones said her boss, the station’s postmaster, did not listen.

Not only did the post office cut her hours, Jones claims they also used her own accrued sick time to fill the remaining hours without her permission. Those hours were taken away from her maternity leave.

“I just felt like they were punishing me for my pregnancy,” Jones said.

Being made to feel that way on the job, Jones’ attorney said, is illegal.

“That is not an accommodation under the Pregnancy Non-Discrimination Act,” said Jeffrey Jones, Robin’s attorney (no relation).

Through her union steward, Jones was eventually able to secure an arrangement working four additional hours, doing clerical work while sitting, at another post office in another part of town. But, she said, she still lost hours and wages in the process.

According to the U.S. Equal Employment Opportunity Commission, also known as the EEOC, “an employer may have to provide a reasonable accommodation (such as leave or modifications that enable an employee to perform her job) for a disability related to pregnancy.”

Jones is asking for back pay and other compensation for emotional distress. Her attorney did not want to disclose the specific amount.

The USPS told News On 6 it does not comment on pending litigation.

The trial is set for later this year.

2 thoughts on “Tulsa Woman Sues USPS: ‘They Were Punishing Me For My Pregnancy’”