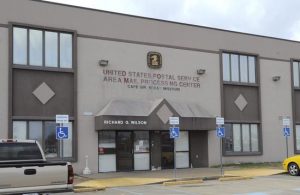 Lately, there has been a great deal of confusion concerning the fate of the local mail processing plant, the Richard G. Wilson Processing and Distribution Facility. At this point, there have been no details provided as to how this plant will be affected by the U.S. Postal Service’s decision to put most of the further plant closures on hold. With many of this facility’s operations having already been transferred to St. Louis and the Jan. 5 change in service standards that slowed down mail delivery, many postal customers have noticed a marked degradation in timely mail service. In fact, the Postal Service’s own numbers show how much service has suffered.

In the Mid-America District, which includes Southeast Missouri, three-day mail-piece failures increased 69 percent in the quarter after the service standard change, compared to the previous quarter, which included the Christmas holiday season. Two-day mail-piece failures increased an incredible 341 percent. At the national level, those increases were 78 percent, and 381 percent, respectively.

As pointed out in the recent letters to the editor from National Association of Letter Carriers president Frederic Rolando, the base problem is the 2006 Postal Accountability and Enhancement Act of 2006. This law mandates that the USPS prefund 75 years of retiree health-care benefits over a 10-year period. This is like a bank requiring 30 years of mortgage payments being prefunded over a four-year period. This is not economically feasible. The USPS is the only entity, private or public, which is required to do this. This essentially causes a situation wherein the USPS starts each year about $5.6 billion in the red. Without this undue burden, the USPS would make a profit.

Unfortunately for postal customers, this has led postal leadership to adopt a policy of drastically reducing service to customers. Over 100 processing plants have been closed. This has led to delays. Now, dozens of plants in rural areas are on the chopping block. Plants like the one in Cape Girardeau may stay open until 2016. If this happens, the good news is that even worse mail service will be delayed. The bad news is that the current poor service will continue as is for a while and then get worse.

Only Congress has the ability to make the needed changes. Earlier this year, 85 senators voted for a nonbinding resolution urging budget conferees to restore service standards, protect rural mail service, and halt plant closings. Many postal customers have suffered the consequences of the degraded service, such as those who have received medical supplies or prescriptions, paychecks, bills or other extremely important items late, or those who have been forced to pay late fees for bills which were promptly paid. If you have suffered the adverse effects of delayed mail delivery, I strongly urge you to contact your legislators. Please write, email, or call your senators and representatives. All contact information may be found at www.senate.gov and www.house.gov.

The erosion of fast, reliable mail service can be reversed. However, it will take the public to spur the actions that are necessary to bring about that needed change. The U.S. Postal Service belongs to you. It should work for you, not against you.