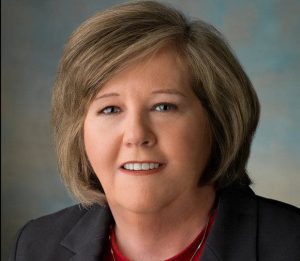 By Candy Woodall – January 30, 2015
Megan Brennan began her career with the U.S. Postal Service in 1986 as a letter carrier in Lancaster County.

On Sunday, she will assume the organization’s top office as its 74th postmaster general, becoming the first woman to hold the job.

“I am deeply honored and humbled to take on this role at such an exciting time for the organization,” Brennan said in a statement. “The Postal Service plays a vital role in America’s society and economy and I’m looking forward to strengthening that role and meeting the demands of a rapidly evolving marketplace in the years ahead.”

Brennan, whose career includes 28 years with the Postal Service, was not available for an interview because she’s “focusing on the organization and transition for the next month,” a spokeswoman said.

Her installation ceremony will be held March 6 at Postal Service headquarters in Washington, D.C. A time has not been set.

As the new chief executive of the Postal Service, she will oversee 491,000 employees and be responsible for daily operations, including retail sales, mail processing, transportation and delivery.

Since 2010, she has served as chief operating officer and executive vice president of the beleaguered organization.

“This eighth consecutive annual net loss underscores the need for comprehensive legislation to repair the Postal Service’s broken business model,” according to a USPS news release.

Brennan is the “ideal choice” to lead the Postal Service and replace current Postmaster General Patrick Donahoe, a Pittsburgh native who served as the postmaster general in Lancaster County during the 1990s.

He is retiring Sunday.

Donahoe was not available for an interview, a spokeswoman said.

He and Brennan have a long history of working together, and the new postmaster general has “demonstrated outstanding vision, leadership and executive ability in her role as chief operating officer,” said Mickey Barnett, chairman of the Postal Service Board of Governors.

“She is highly regarded throughout the Postal Service and among the broader community of our major customers and business partners – and rightly so,” he added.

Brennan also maintained high delivery performances in the face of a significant and continued reduction in workforce and resources, Barnett said.

“Megan has managed some very large, complex organization changes and the Postal Service never missed a beat in terms of meeting customer expectations,” he said.

Brennan is a graduate of Immaculata College in Pennsylvania. She is also a Sloan Fellow and earned a Master of Business Administration degree from the Massachusetts Institute of Technology.