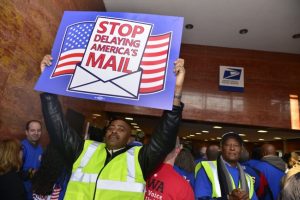 By Dan Nephin – January 20, 2015
If Aunt Mary lives in Lititz and you live, say, in Quarryville and want to mail her a birthday card, you’ll want to send it a day earlier.

The U.S. Postal Service has ended next-day delivery of most first-class mail sent locally as part of its ongoing overhaul to save money.

The change, announced in 2011, took effect Jan. 6. Along with related changes in mail processing, it’s expected to save about $2.1 billion a year, according to Karen Mazurkiewicz, spokeswoman for the Postal Service’s Central Pennsylvania district.

“America’s mailing habits have changed. People less and less are putting on a stamp today to mail a bill, a birthday card or for taxes,” Mazurkiewicz said. Instead, they’re paying bills online or using automatic payments and using social media.

Over the past decade, according to Postal Service figures, single-piece first-class mail — mainly stamped letters likely to be affected by the change — fell by 53 percent.

“We took a lot of resources to turn that mail around in a day and it just doesn’t seem like America is valuing that anymore,” she said.

Overnight workers shifted to working days so they can help process mail, according to Mazurkiewicz. The change also allows the Postal Service to put more resources on delivering packages, an area where the federal agency has seen growth.

The change also doesn’t affect some businesses that sort their own first class mailings, she said.

And if you still need to get something mailed locally overnight, the Postal Service offers Priority Mail Express for about $17. 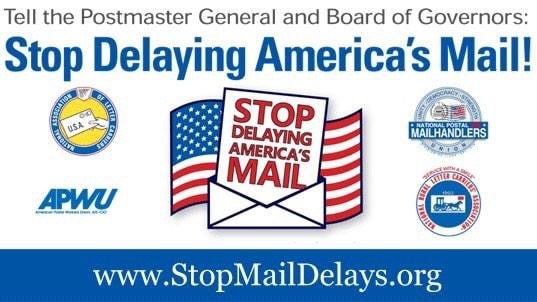