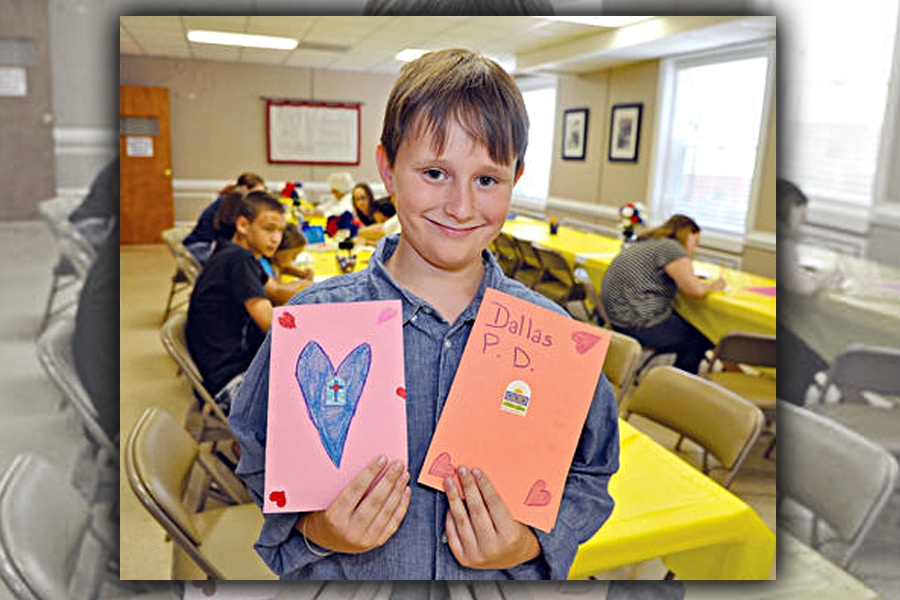 Gavin Mayo, 9, is encouraging people to send cards and letters to the Dallas Police Department. His goal is to mail 12,000 messages, or 1,000 for each of the officers killed or injured during the July 7 tragedy.

Gavin told the Carteret County News-Times he got the idea for the campaign after watching a TV interview with the Dallas police chief.

“I was watching the news and people were getting shot and everyone was yelling at the police,” Gavin said. “The police chief said they didn’t feel like they were getting any support. I wanted to give them support that they would never forget.”

The Beaufort, NC, church that Gavin attends held a letter-writing event last week where participants were provided with stationery, envelopes and other materials.

Similar events have been held in other communities in recent weeks, including in the aftermath of the Orlando, FL, massacre.

“My son is always coming up with these ideas, and you’ve got to support them,” she said.