Apparently, the reduction in first-class mail volume is hilarious to USPS management.

Last week, The Onion, a satirical news site, published an article about a new line of commemorative stamps honoring “Americans who still use the US Postal Service,” mocking those who “still” send birthday cards or pay bills by mail.

The Postal Service’s press office – management’s official mouthpiece – responded with a tweet to The Onion featuring an image of a stamp with onions on it that said, “Stay tuned for the 2015 program @TheOnion. You may make the cut, too!” 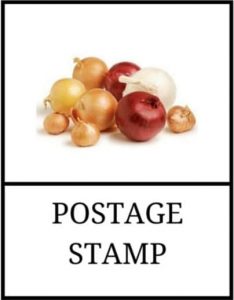 The “onion” stamp created and tweeted by the Postal Service.

Going a step further, USPS spokesperson Toni DeLancey told the Federal Times in the only story written about the exchange, “We can laugh with the best of them.”

“Excuse me, but do you see anything funny here?” asked USPS customer Ewing Crowder. “This entire escapade demonstrates the total disregard management has for the mail – as if we needed any more indication. It also demonstrates just how much time the folks at L’Enfant Plaza [USPS headquarters] have on their hands to waste on frivolous nonsense.”

To make this happen, Crowder pointed out, members of the press office at the Postal Service would have had to discuss the issue, ask a graphic designer to create the mock onion stamp and reach out to their contacts at the Federal Times. Does this seem like the best use of time and resources for an entity that is slashing jobs and service standards left and right?

“The self-serving Tweet and story about the service’s ‘response’ to The Onion showed me further just how little regard leadership and much of the workforce at L’Enfant have for what the hard-working employees of USPS do and go through,” Crowder added.

“There’s an old story about how Nero fiddled while Rome burned,” he went on. “It looks like they’re handing out violins at [USPS] headquarters.”