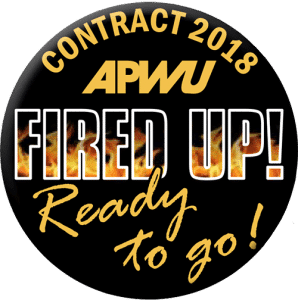 03/07/2018 – With contract negotiations set to begin early summer, President Mark Dimondstein has announced the names of union members who will serve on the Rank and File Bargaining Advisory Committee. In accordance with the APWU Constitution, each member of the National Executive Board names one person to the committee; a 14th member, appointed by the president, is a member of the Deaf/Hard of Hearing Task Force.

The APWU National Negotiations Committee (NNC) has full authority to negotiate the terms of a new collective bargaining agreement and the Rank and File Bargaining Advisory Committee provides input to the NNC. The rank and file committee must also approve any tentative agreement before it can be sent to APWU members for a ratification vote.

Contract negotiations are set to begin on June 26. The current Collective Bargaining Agreement expires on Sept 20, 2018.

The Rank and File Bargaining Advisory Committee will first convene on April 24, 2018.