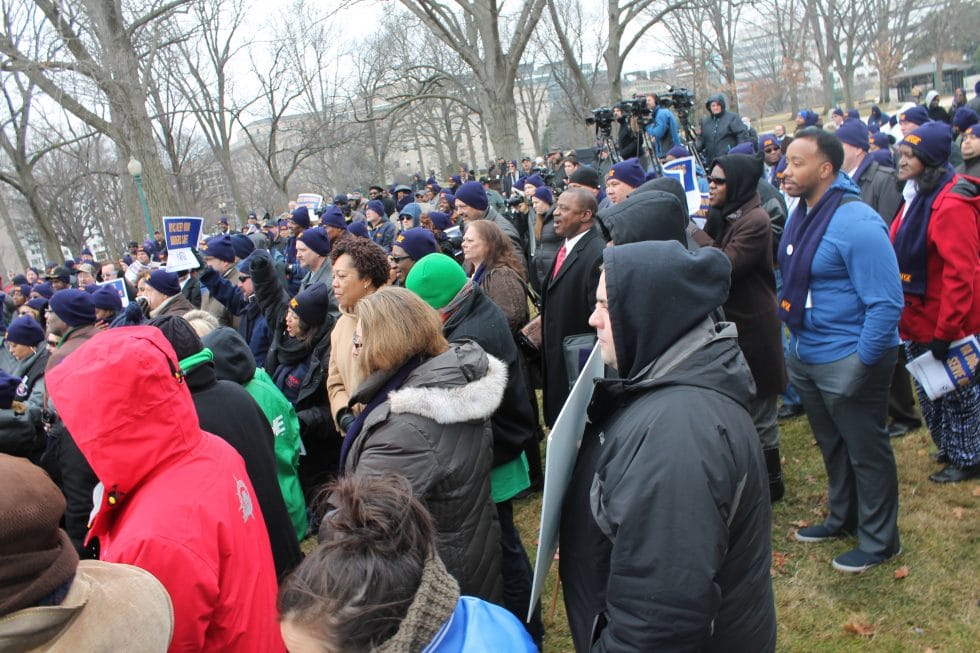 Web News Article #: 024-2015 – 02/10/2015
Members of the APWU endured freezing temperatures with their brothers and sisters from other federal and postal unions at a “Government Works for America” rally organized by the American Federation of Government Employees (AFGE) outside the Senate on Feb. 10. The rally was held in conjunction with AFGE’s Legislative and Grassroots Mobilization conference.

Union members called on Congress to support the government programs that the people want and expect – including the Postal Service. “The U.S. Mail is Not for Sale,” was one of the spirited chants.

AFGE National President David Cox stressed the importance of a properly working, honest government that supports and fully funds services as well as the workers that provide them. 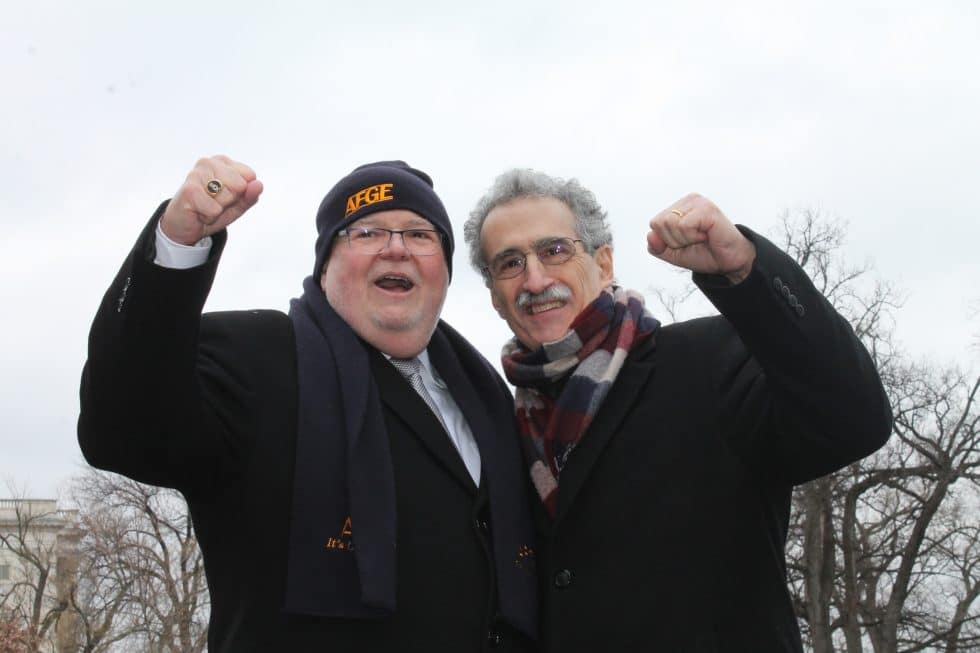 APWU Mark Dimondstein was one of the speakers at the rally. He thanked Cox “for his solidarity with us in our fight to stop delaying and privatizing America’s mail.

“Solidarity is not a one way street, it always has to be a two- and a three- and a four-way street,” Dimondstein said to a crowd of lawmakers, union members and activists. “We salute all the good work you do.”