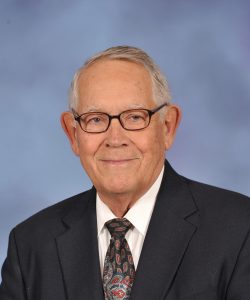 Kaczor has been the director of the union’s health insurance program for more than three decades, beginning in June 1985. He also served as assistant director. Throughout his tenure, Kaczor worked tirelessly to improve health benefits for postal employees.

Prior to leading the APWU Health Plan, Kaczor served as secretary-treasurer of the National Association of Post Office and General Services Maintenance Employees Union. He held that position until July 1971, when the union merged with four others to form the APWU.

In July 1971 be became the Administrative Assistant in the Maintenance Craft Department of the APWU and in 1978 he was elected executive vice president of the department. He served on the APWU National Executive Board from 1971 to 1980, when the board was restructured. He is the only national officer in Washington, DC, who has served since the five unions merged to create the APWU.

Kaczor began his postal career in Buffalo, NY, in 1962 as a clerk. He was a member of the United Federation of Postal Clerks before he became a Maintenance Mechanic. He has been a member of the Buffalo Local for 54 years. He participated in the Great Postal Strike of 1970, an illegal work stoppage that led passage of the Postal Reorganization Act, the creation of the APWU, and major improvements in the pay and benefits of postal employees.

“I congratulate Brother Kaczor on his well-earned retirement and thank him on behalf of the APWU for his decades of service and commitment to the union,” said President Mark Dimondstein. “We wish him and his family good health and a long and happy retirement.”

Kaczor is looking forward to spending more time with, Joan, his wife of 54+ years, as well as with his four children and six grandchildren.