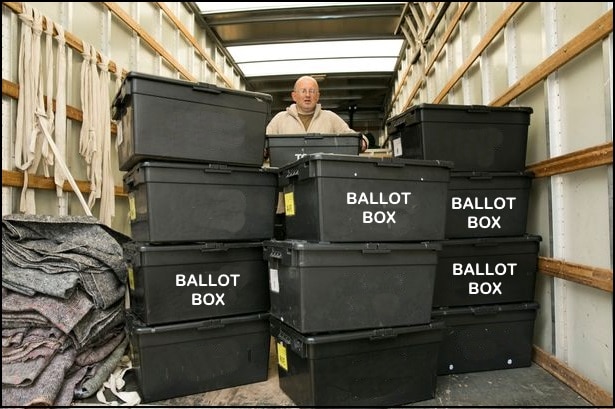 J. ARTICLE 12, SEC. 5. [in part] To be valid, ballots shall be in the designated box not later than on October 5 at 2:00 p.m. They shall be taken from the designated box at or about 2:00 p.m. on October 5th by the ballot association with at least two (2) members of the Election Committee present. In the event October 5 falls on a Saturday, Sunday, or holiday, the time shall be extended to the next weekday.

ELECTION COMMITTEE RULE: The Election Committee will take custody of the ballots from the designated Box at 2:00 p.m. [Eastern Time] on Monday, October 7, 2019, at which time they will bring them to the location where they will be counted. The identity of that location will be published in the September-October issue of the American Postal Worker.

L. ARTICLE 12, SEC. 5. [in part] The Chairperson of the Election Committee shall be responsible for having printed tally sheets showing the votes cast by each local. Tally sheets for Retiree National Convention Delegate shall show the total votes cast. Counting ballots must be completed by November 1. 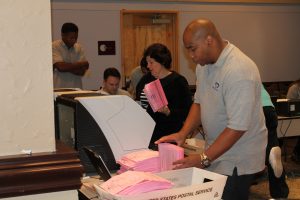 M. ARTICLE 12, SEC. 6. The ballots shall be counted in the presence of no less than three (3) members of the Election Committee. The candidate or candidates receiving the highest number of votes for each office shall be declared elected. In the case of a tie affecting the final selection of one (1) or more candidates, only the names of the tied candidates shall be re-submitted to the Election Committee who shall prepare a ballot and conduct another election. After certification of the election results signed by members of the Election Committee it shall be the duty of the Secretary Treasurer to announce the results of the election in the next edition of the official publication.