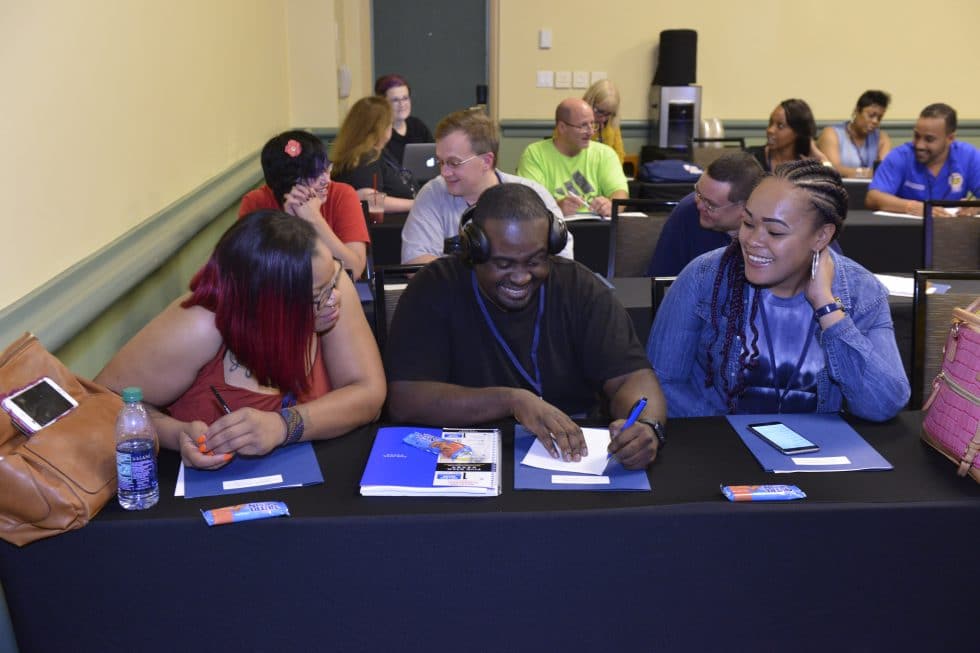 Empowering Young Workers was a theme throughout the National Convention in August. Shown here are young members at a pre-convention workshop.

10/18/2016 – President Mark Dimondstein appointed the union’s first National Young Members Committee on Oct. 13, naming one member and one alternate between the ages of 18 and 35 from each of the APWU’s five regions.

The appointments fulfill a mandate of the union’s 23rd National Convention, which was enthusiastically approved by delegates.

Noting that “young people have been at the forefront of major movements throughout the history of this nation,” the resolution sought to tap into the fighting spirit of the organization’s youngest activists. Approximately 25,000 members of the American Postal Workers Union are between the ages of 18 and 35.

This age group, known as millennials, makes up one-third of the American workforce, the resolution pointed out, and is on its way to becoming the majority of the American electorate. Millennials share a favorable opinion of unions and the Postal Service, studies have shown.

“Based on the caliber of those recommended for the positions on the committee, the future of the APWU is a very bright one indeed,” Dimondstein said.

Committee members and alternates are listed below: