By Tasha Keeney – April 17, 2015
In December of last year, Amazon announced Prime Air, the company’s plan to deliver future packages by drone (“UAV”). While the media and others mocked this announcement, UAV delivery is likely to disrupt traditional package delivery significantly. If the FAA gives Amazon clearance for commercial rollout of its drone delivery service, the price that a consumer would pay for the delivery of a five-pound package could be as low as $1.  Just as impressive, delivery times could drop below thirty minutes. As shown below, FedEx Corp. and United Parcel Service cost 8-13 times more for much longer delivery times for a small package. 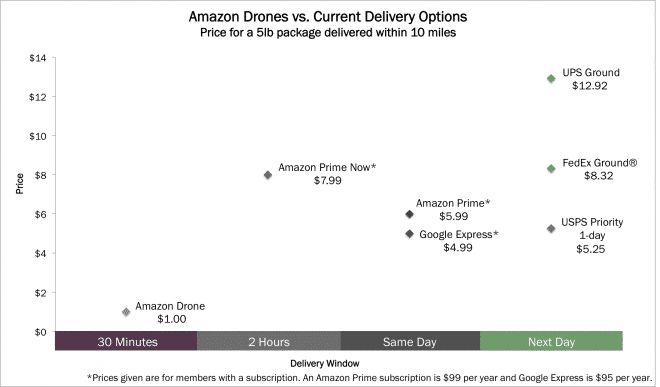