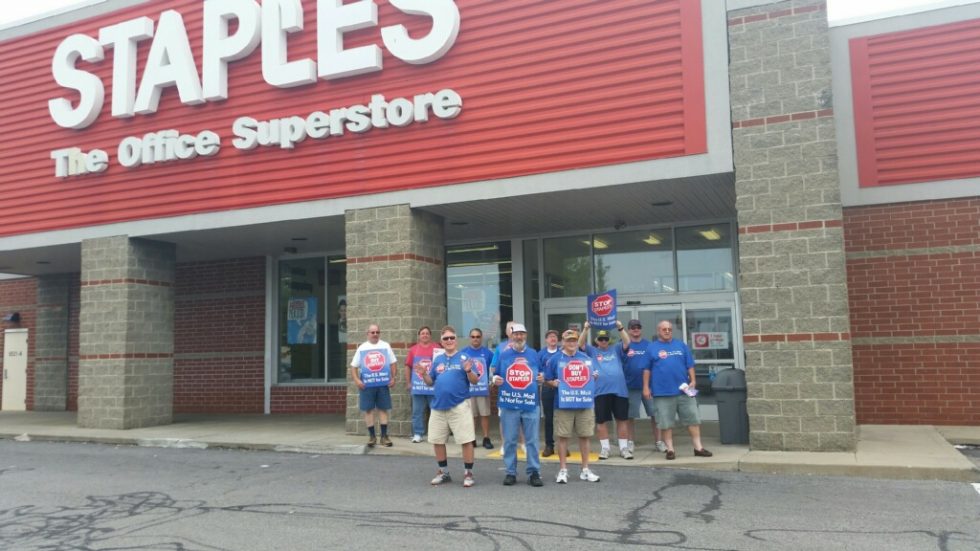 Members of the Western Pennsylvania Postal Workers Solidarity Committee protested in front of a Staples location in Robinson Township, PA, on Aug. 28.

“Now that Summer is over, and the demands of that season are diminishing, more time should be freed up to allow joining the demonstrations. It is inexcusable that so much is at stake yet a mere handful of activists continue to carry the ball for the rank and file while so many sit idly by depending on the kindness of others to save their jobs. We invite and urge that you join with us at the demonstrations scheduled on the reverse of our newsletters. Your job is at stake. We have admonished many times over the years that later regrets count for nothing. Don’t be a spectator watching your job go down the tubes when a little action now can save it. We will be looking for you on the line! Be there!”