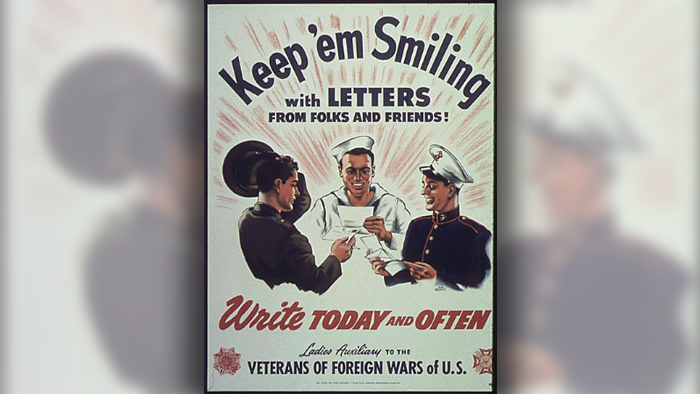 May is Military Appreciation Month, a national observance that began in 1999.

“Veterans and service members are our neighbors, valued customers and respected colleagues,” said Postmaster General Megan J. Brennan. “The Postal Service is honored to recognize veterans’ contributions to postal operations and to the nation during Military Appreciation Month and all year round.”

Approximately 100,000 veterans are employed by USPS. The organization is one of the largest civilian employers of former and current members of the Army, Air Force, Navy, Marines and Coast Guard.

American military and postal operations have been closely aligned throughout history. Mail provides soldiers with an important link to family and friends at home. The National Postal Museum’s Mail Call exhibit explores the history of America’s military mail, as well as its continuing importance to U.S. troops.

USPS honors military history through its stamp program, including a release this year that will commemorate the 75th anniversary of the commissioning of the USS Missouri, the last U.S. battleship.