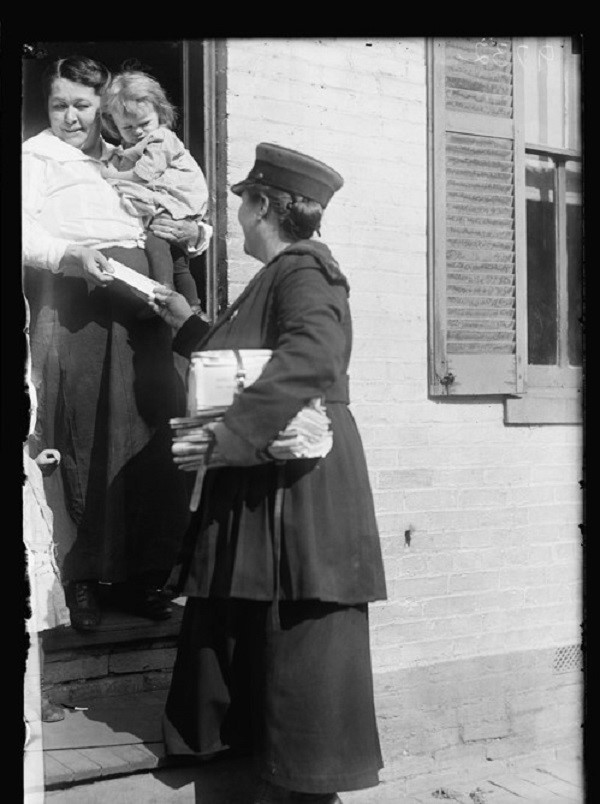 This 1917 photograph shows Permelia Campbell delivering mail to Nellie McGrath in Washington, DC. In November of that year, Campbell and McGrath became the first female city letter carriers. They delivered mail for two weeks, on an experimental basis. The first regularly appointed female city carriers were appointed the next year. Image: Library of Congress

March is Women’s History Month, which encourages the study and celebration of the vital role of women in American history.

The annual commemoration traces its roots to the early 1980s. It began as a weeklong celebration in 1982, then expanded to a full month five years later.

The Postal Service has more than 289,000 female employees, or almost 46 percent of the organization’s workforce.

“Women have made important contributions to the Postal Service throughout its history, and they continue to do so today. In every area of our organization, women are helping to grow our business, serve our customers and shape our future,” said Postmaster General Megan J. Brennan, who became the first woman to lead USPS when she was appointed to her role in 2015.

In addition to recognizing the role of women in its history, the Postal Service honors women through its stamp program, including recent releases that paid tribute to journalist Gwen Ifill, astronaut Sally Ride and athlete Maureen “Little Mo” Connolly Brinker. 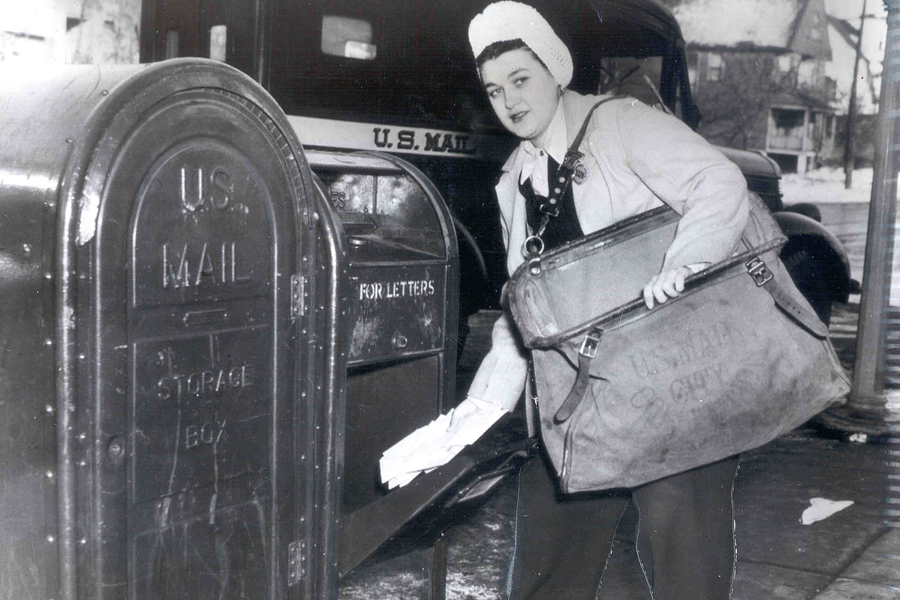 Jeannette Lea collects mail in December 1944. She was the first woman letter carrier in Chicago since World War I. Image: National Postal Museum