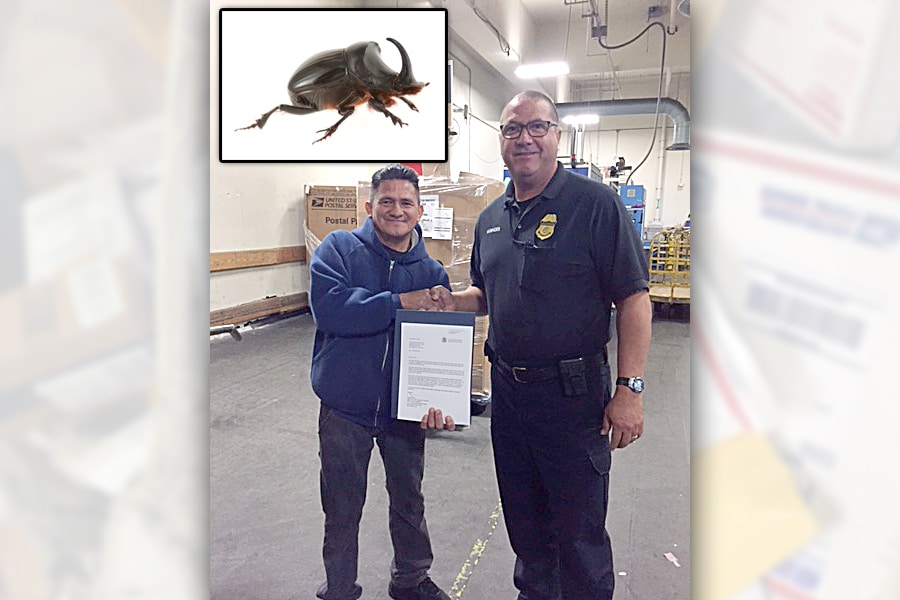 A Postal Service employee recently helped federal authorities capture a renegade female who got loose inside a USPS facility and climbed over the equipment.

Did we mention the female is a scarabaeidae dynastinidae, also known as a rhino beetle?

The insect ate her way out of a package inside the San Francisco International Service Center and began crawling on the mail conveyor belts.

Alberto Perez, a mail handler, was walking by when the beetle dropped to the floor, brushing him on the shoulder. He used a piece of paper to push the beetle into a plastic bag, which he took to nearby Custom and Border Protection agents.

Rhino beetles are harmless to humans, but some males of the species can grow up to six inches long. Because of their size and distinctive appearance, some people keep them as pets.

Regulations prohibit the beetles from being mailed internationally, and permits are required to ship them domestically. The insects can devastate crops, so the state confiscated the beetle caught by Perez.

“I commend you on your vigilance and I thank you … for helping us protect American agriculture,” Jarman wrote.