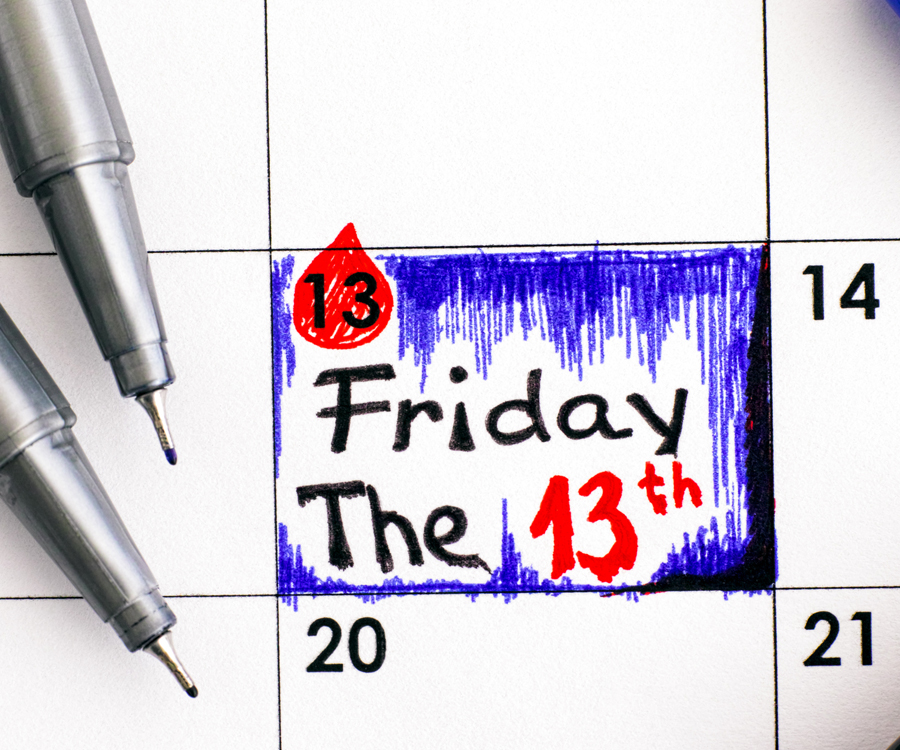 Let’s be careful out there.

This Friday is the month’s 13th day. To help you get ready, here are seven facts about a date that some consider to be anything but lucky.

1. Friday the 13th’s unlucky origins are a mystery. It’s unclear when pairing Friday and the number 13 became synonymous with bad luck. Historians have linked the day to early Christianity because Jesus Christ was crucified on a Friday. Thirteen guests are believed to have attended the Last Supper, and the disciple who betrayed Jesus, Judas Iscariot, is considered to have been the 13th guest.

2. Paraskevidekatriaphobia is a condition associated with the day. In psychology, that’s the term for an irrational fear of Friday the 13th. To pronounce it, NPR recommends breaking it down into syllables: para-skev-EE-dek-a-tri-a-pho-bia.

3. The day isn’t necessarily unsafe. A 2011 German study published in the World Journal of Surgery examined a possible link between Friday the 13th and a spike in emergency room visits on those days. After reviewing 3,281 days at a hospital that included 15 Friday the 13ths, researchers found no correlation between the day and increased accidents.

4. Some bad stuff has happened on Friday the 13th, though. The list includes Germany’s bombing of Buckingham Palace in September 1940, a cyclone that killed more than 300,000 people in Bangladesh in November 1970 and the death of rapper Tupac Shakur in September 1996.

5. “Friday the 13th” is one of the most successful franchises in film history. The low-budget 1980 horror flick that introduced the iconic hockey-mask-wearing character Jason Voorhees has spawned 12 sequels — although only five opened on a Friday the 13th.

6. Taylor Swift’s lucky number is 13. The singer was born on the 13th, turned 13 years old on a Friday the 13th, and her first No. 1 song had a 13-second intro. However, Swift was sued in 2014 by the clothing brand Lucky 13 for selling T-shirts with that phrase on them in her online store.

7. It could be a day for asteroid watching. On Friday, April 13, 2029, a large asteroid is expected to pass close enough to Earth to be visible without a telescope in Africa, Europe and Asia, according to NASA. Here’s hoping it doesn’t fly too close.