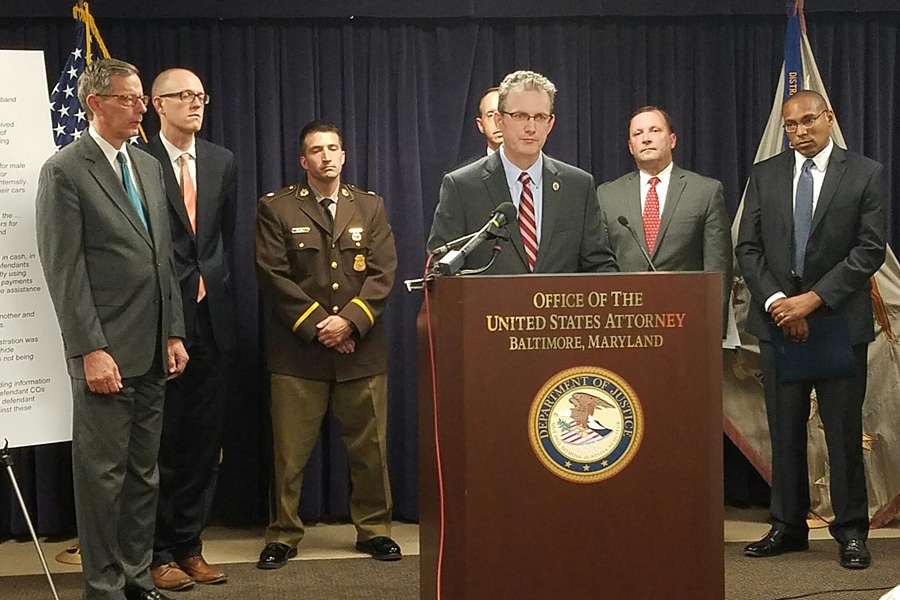 The Postal Inspection Service is part of a major prison corruption investigation that led this week to 80 federal indictments in Maryland, the most in the state’s history.

“Today’s arrests by postal inspectors and our law enforcement partners serve as a warning to street criminals and corrupt public servants that the nation’s mail system is not a tool for use by those who traffic in drugs and illegal contraband,” McKeown said.

“We are committed to safeguarding the interests of law abiding citizens and our Postal Service employees by working to eliminate these dangerous substances from the US Mail.”

Each defendant faces a maximum sentence of 20 years in prison for the racketeering conspiracy, and for conspiracy to distribute and possess with intent to distribute drugs. The Department of Justice’s news release has more information.