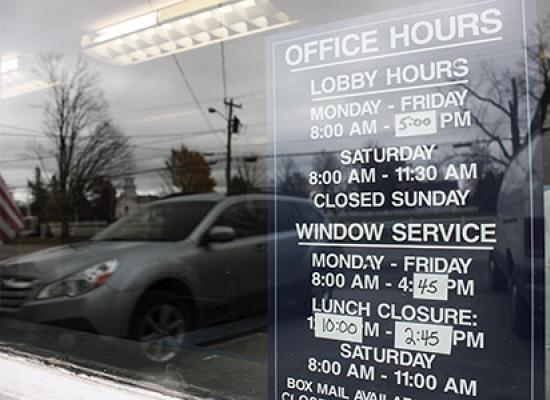 May 3, 2016
The Government Accountability Office has just issued a report about the cost savings the Postal Service may have achieved with POStPlan, the initiative that reduced hours at 13,000 small post offices and eliminated their postmaster positions. As the report makes clear, the plan has not saved the $500 million a year that the Postal Service had projected. It’s hard to say, however, exactly how much POStPlan has saved — and that’s the GAO’s main issue with the Postal Service’s accounting.

The GAO prepared the report in response to a request from Congressmen Jason Chaffetz and Mark Meadows, who chair the House committee and subcommittee that oversee the Postal Service. They wanted to know how the arbitration decision on the dispute with the APWU were effecting POStPlan staffing and estimated cost savings.

The report was originally entitled “U.S. Postal Service: Improved Guidance, Data, and Analysis Are Needed to Inform Future Efforts to Achieve Savings.” It criticized the Postal Service for failing to do a more rigorous analysis of the cost savings, before and after implementation of the 13,000 downsizings.

As is customary, the GAO shared a draft of its report with the Postal Service. Edward F. Phelan, Jr., Vice President of Delivery Operations, responded with a letter saying that the Postal Service “disagreed with the title, tenor, and tone of the document.”

The report remains very critical of how the Postal Service has dealt with the cost-savings issue. That is itself noteworthy, since the GAO has historically been very favorable toward post office closings and other cost reduction efforts. One would expect the GAO to support POStPlan with few if any reservations. But even the GAO questions the financial effects of POStPlan, and it makes several recommendations about how the Postal Service should proceed if and when POStPlan expands to more post offices.