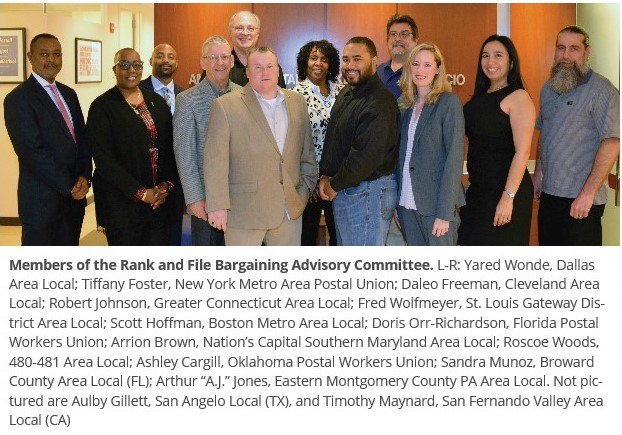 We have a contract report from Scott Hoffman, Chair of the APWU Rank and File Bargaining Committee. Scott Hoffman is President of the 2,000-member Boston Metro Area Local #100.