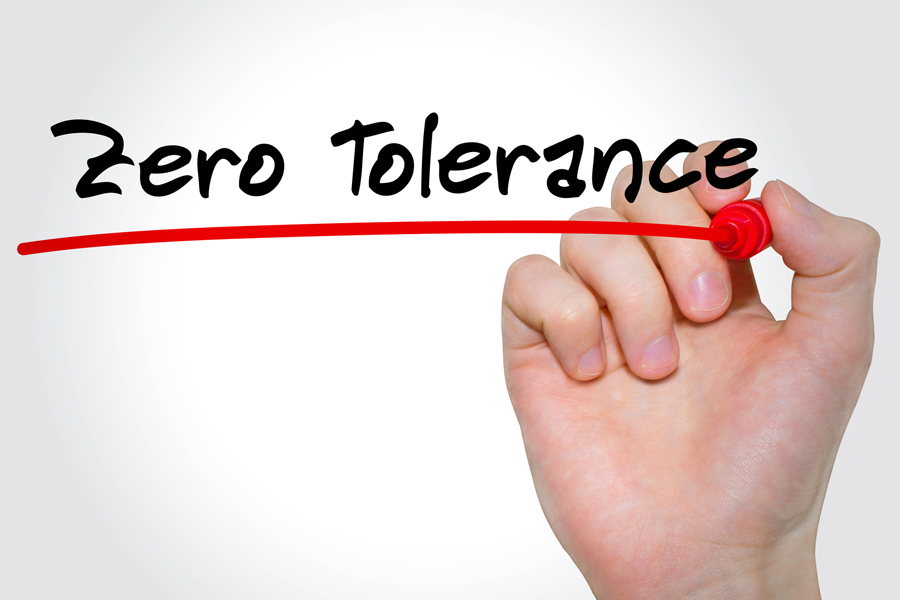 The USPS claim of being committed to Zero Tolerance to workplace violence, make no mistake, is predicated to who the victim is and who the perpetrator is.

In my case, the plant manager grabbed my left hand as I existed the employee turnstile without provocation nor any legal justification to do so, lied about it, then used the pretext of being afraid of me to label me as “As may be injurious to self or others” to justify Emergency Placement without pay. (Effectively firing me without due process afforded me by the 5th amendment of the Constitution-one year and counting as of May 2022 being out of work. Then conspire to create a bogus narrative to lie, destroy evidence, conceal, alter and otherwise engage in all they could to ruin my life). -Apparently walking in the opposite direction of plant manager-who I don’t know is there-, not saying a word to her before having my hand grabbed at the employee exit/entry turnstile, and only then saying don’t touch me in a normal tone of voice qualifies as-such.

When the union requested the video from five different locations to use in my defense-the things that actually happened- it would prove none of their claims were true and everything I claimed was true. What did the USPS do? Claim that every video camera in these areas were not working. This speaks for itself.

1. Supervisor who makes the claim of being threatened had a pending EEOC I filed against them from six weeks prior. He also acknowledged he did in fact do what I claimed he did.

3. The Supervisor who conducted the so-called “investigative interview”, 29 days after me being placed on emergency placement, was the same supervisor who denied my step one grievance on the emergency placement. He has already ruled I in fact engaged in misconduct. Therefore, the co-called investigative interview was a lie to claim my due process were not violated and not an investigation at all. Yes, you read this right, then altered the statement of the accusing supervisor, who claimed “his fists were balled up” to redact it out of the Letter of Removal to eliminate the problematic issue of being exposed as a lie if a video did surface.

4. One might think, accusing someone of exactly what the Threat Assessment Team is supposed to address would invoke a response from them. No! Management had no desire to involve anyone else who might find otherwise as to my mental health, danger to anyone else or would afford me an opportunity to be evaluated by people who are not controlled nor can be influenced by USPS management to achieve a desired outcome. In my case, USPS clearly shifted the burden to prove I am not mentally unstable nor threatening to me. Nice try, and it has worked so-far, but when it gets to arbitration I am going to press this issue and others on how this and other issues were handled, hard. In the USPS World, as practiced by the USPS, this is acceptable. In the real World, you get to fight this in Court.

Sorry to be so long winded.

Zero Tolerance is a BS narrative used as a marketing and propaganda tool to give the illusion of a fair and just process to the general public. As any employee with any sense of situational awareness and fair-mindedness knows,  these claims do not mesh with reality. We, the USPS say it, then its true. When in-fact, the USPS allows and encourages a structurally corrupt management team to engage in whatever misconduct they wish to engage in; then lie and pretend management is not a systemic problem. The USPS wants it both ways.