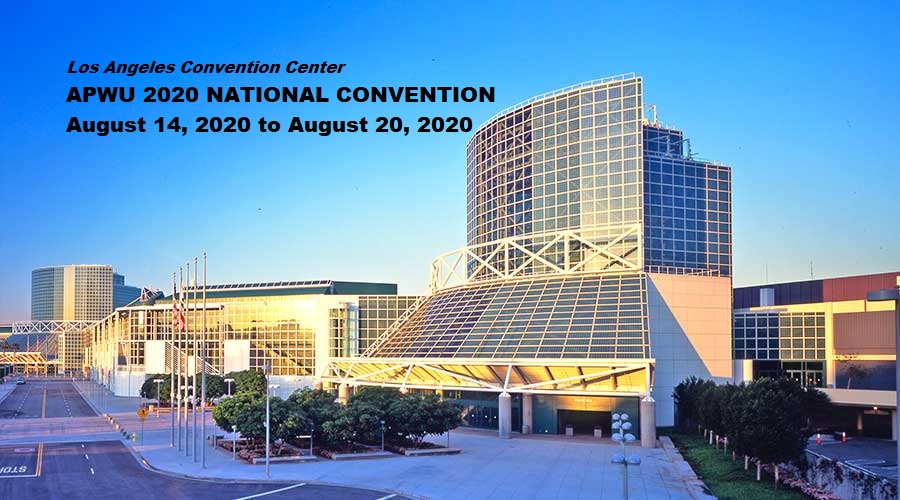 To assist locals in their efforts to include APWU young union activists at the 2020 national convention, the APWU will reimburse one-half of the cost of expenses (fully receipted) paid by the local/state union of at least one local/state union member, 35 years or younger who have been elected or selected as a delegate.

This includes one-half the cost of transportation, lodging and 50% of lost time for those locals that pay reimbursement of lost wages to those elected/selected.

APWU has a general budgetary commitment that we are working within and after receipt of the submitted names, we will determine the number allocated per local with an assurance that every local that submits names will receive the approval of at least one.

To qualify for inclusion in this effort, locals must submit the name of the union member with certification that he/she is 35 years or younger at the time of the 2020 national convention to bmorton@apwu.org as soon as possible, but no later than June 5, 2020. (See attached).

The selection of age 35 and under is based on a resolution submitted and adopted at the national AFL-CIO convention and is in accordance with their young workers program.

We thank you in advance for your participation and are looking forward to a productive convention.

35 and Under Union Activists 2020 – Form/Information