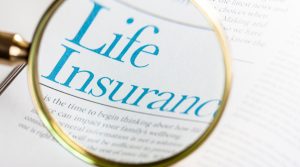 The OPM recently made an announcement that they are going to increase the costs of certain classes of the Federal Employee Group Life Insurance (FEGLI). This decision was made when we were told that we were going to get an increase in pay of 5.9% due to an increase in the COLA. The attitude seems to be that “you get it, we take it.”

I don’t think that the Board of Governors has anything to say about this, but the President surely does. Joe Biden just appointed the current Director and we should urge him to take a look at this. I am sure that the the Director didn’t make this decision on her own.

President Reagan changed the OPM for a reason. He appointed Donald J. Devine, who was a lot more aggressive in costs charged to employees.

Under Federal law this position has a significant role in what employees pay for FEGLI and Health Insurance. The Unions should keep an eye on everything that affects the membership.

I haven’t seen much blow back from the Unions but I believe that it would behoove us to make some noise. If the Unions don’t say anything, who will.