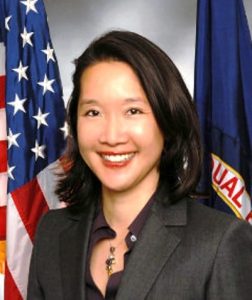 Press Release – January 14, 2014
WASHINGTON – Workplace harassment is alleged in approximately 30 percent of all charges filed with the U.S. Equal Employment Opportunity Commission (EEOC), according to EEOC Chair Jenny R. Yang, who presided over the first commission meeting of her tenure today. Newly sworn in Commissioner Charlotte Burrows was present at the meeting, bringing the EEOC back to full strength of five commissioners.

“The EEOC is working to leverage our resources to have a greater impact on the persistent problem of workplace harassment,” said Yang. “By identifying underlying problems in workplaces and industries where we see recurring patterns of harassment, we are developing strategies that focus on targeted outreach and education as well as systemic enforcement to promote broader voluntary compliance.”

In the EEOC’s Strategic Enforcement plan for FY2013-2016, the Commission recognized that an outreach campaign aimed at both educating employers and employees is an important strategy to deter future violations. “Preventing harassment from occurring in the first place is far preferable to remedying its consequences,” Yang said.

To achieve these goals, Yang announced that she is establishing a task force, co-chaired by Commissioners Chai Feldblum and Victoria Lipnic, to convene experts from the employer community, workers’ advocates, human resources experts, academics, and others in a broader effort to identify effective strategies that work to prevent and remedy harassment in the workplace. “Through this task force we hope to better reach workers to ensure they know their rights and to better reach employers to promote best practices,” Yang said.

The serious impact that harassment can have on employees was brought poignantly to life by the testimony of Sean Ratliff, a trial attorney in the EEOC’s Denver field office who litigated a major harassment case against Dart Energy, an oil company; and Laudente Montoya, one of the individuals affected by the harassment.

Ratliff described a workplace where derogatory and demeaning ethnic and racial slurs were directed against African American, Hispanic and Native American employees. Complaints about the harassment to a supervisor were ignored. At times, the harassment took the form of dangerous “games” played on the minority workers, such as asking one Hispanic employee to put his hand down a hole where there was a drill going, or trying to shake an African American employee off of a two story rig.

Montoya, who lost his job shortly after complaining of the harassment, told the Commission, “Working that job was one of the worst times in my life. It became so that I could hardly bring myself to go to work in the morning. I even saw my doctor about it.”

The lawsuit ended with a settlement, which included numerous and specific training and posting requirements about equal employment and the right to work free from harassment. Additionally, the 17 men affected were awarded $1.2 million.

Fatima Goss Graves, Vice President of the National Women’s Law Center, told the Commission that while one in four women face harassment in the workplace, many are loath to report it. “Workers in low-wage jobs often have little bargaining power and can least afford to risk their livelihoods by reporting harassment,” she said. “And women who have succeeded in breaking into higher-paid, nontraditional jobs have already overcome many hurdles, including cultural biases against their participation in nontraditional fields. Because of the significant barriers to entry, women who suffer harassment in nontraditional jobs may be especially unlikely to report harassment for fear of retaliation.”

Individuals with disabilities are also subjected to harassment, Jane Kow, Principal of HR Law Consultants said. Kow underscored “the need for training of managers, supervisors, and co-workers alike about the repercussions when mistreating employees with disabilities, as well as the company’s obligation to provide reasonable accommodations.” Kow also discussed the impact of social media. “The ease and speed of posting or responding to the proliferation of messages and images on social media has spawned employee complaints of harassment, defamation, violation of a right to privacy and a host of other claims,” said Kow. “None of this was even imaginable in 1964 when Title VII was enacted.”

Many speakers agreed that the best way to combat harassment of all types was though awareness and training at all levels of employment and management. Patricia Wise, a partner with Niehaus Wise & Kalas Ltd, a law firm representing employers, and also active in the Society of Human Resource Management (SHRM), provided a helpful overview of employer best practices to prevent and address harassment.

Having a policy is insufficient if it is not communicated understandably to the workforce, Carol Miaskoff, Acting Associate Legal Counsel of the EEOC testified. For example, in a workforce that includes many teens, the policy should be understandable to the average high school student.

The Commission will hold open the meeting record for 15 days, and invites audience members, as well as other members of the public, to submit written comments on any issues or matters discussed at the meeting. Public comments may be mailed to Commission Meeting, EEOC Executive Officer, 131 M Street, N.E., Washington, D.C. 20507, or emailed to: Commissionmeetingcomments@eeoc.gov.

The public comments submitted will be made available to members of the Commission and to Commission staff working on the matters discussed at the meeting. In addition, comments may be publicly disclosed on the EEOC’s public website, in response to Freedom of Information Act requests, or in the Commission’s library. By providing public comments in response to this solicitation, commenters are consenting to their use and consideration by the Commission and to their public dissemination. Accordingly, commenters should not include any information in submitted comments that they would not want made public, e.g., home address, telephone number, etc. Also note that when comments are submitted by e-mail, the sender’s e-mail address automatically appears on the message.

The EEOC enforces federal laws prohibiting discrimination in employment. More information about the EEOC, including panelists’ statements, biographies and a transcript of this meeting, can be found at http://www.eeoc.gov/.