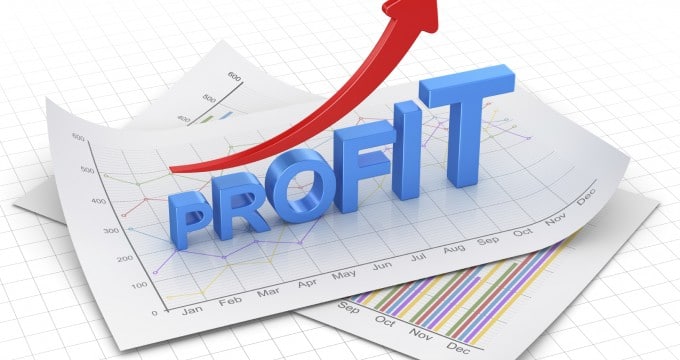 By Joe Davidson – February 14, 2016
After years of singing the blues, postal officials had reason for a praise song. For the first time in almost five years, they reported a U.S. Postal Service quarterly net profit. The $307 million in net income for the first quarter of fiscal year 2016, which ended Dec. 31, is a $1.1 billion turnaround from the $754 million net loss during the same period a year earlier.

Sounds like cause for celebration. But maybe it’s a matter of don’t let the good news fool you. During a conference call with reporters, USPS executives continued to accentuate the negative and play down the positive.

“We do face some strong headwinds,” Postmaster General and Chief Executive Officer Megan J. Brennan said during last week’s call. “Our financial situation is serious but solvable. That’s the reality of the balance sheet.”

Rather than the top person announcing the profit, and implicitly taking credit for it as Washington administrators generally do, that task was left to the second speaker, Chief Financial Officer and Executive Vice President Joseph Corbett. He wasn’t celebrating.

The favorable net income was “essentially due to” a drop in workers’ compensation expenses related to prevailing interest rates, according to Corbett, and it doesn’t mean the Postal Service no longer loses money.

With all that talk about the exigent surcharge, which is a temporary price hike, Corbett sounded like a real killjoy.

His tone contrasted sharply with that of the president of the National Association of Letter Carriers, Fredric Rolando, who heralded “this impressive performance.”

“These results aren’t a fluke,” he said. “They stem from two structural factors: An improving economy has helped stabilize letter revenue, and Internet-driven online shopping has sent package volume sharply upward — up 16.2 percent over the first quarter of last year.”

The improving postal picture has some benefits for consumers. No longer is the Postal Service pushing to end Saturday mail delivery. That proposal had long been a staple in statements from postal officials who insisted the cut in service was necessary. Now they don’t mention it.

“These results demonstrate that it is time to expand — not cut — the services we provide to the American people,” added Mark Dimondstein, president of the American Postal Workers Union.

Saying they wanted to continue providing “prompt, reliable and predictable service,” USPS officials had previously postponed consolidating facilities, another plan affecting customers and employees that once had a prominent place on their agenda. The number of postal workers has steadily fallen since its peak of almost 800,000 in 1999. Now there are about 500,000. President Obama’s budget plans a 2 percent cut in postal employment, including at the Postal Rate Commission.

“The continuing financial upswing shows the importance of maintaining and strengthening the unparalleled — and profitable — postal network, which offers Americans the world’s most affordable delivery services,” Rolando said. The USPS quarterly operating profit of $1.3 billion, he added, “builds on back-to-back years of operating profits each exceeding $1 billion, without a dime of taxpayer money.”

Brennan praised the postal unions for cooperating with policies that have allowed the agency to employ some staff at a lower wage rate. The Postal Service operates on income from its products and services and not tax dollars, as other agencies do.

Despite the immediate financial picture, labor, management and industry mailers agree some legislative reforms are needed. Various organizations are converging on legislation that can potentially draw broad support. Congress has considered postal reform for years. But now, more than at any time recently, the possibility seems real.

A bill sponsored by Sen. Thomas R. Carper (D-Del.) would reform a financially burdensome obligation to prefund retiree health benefits, which has long been sharply criticized by union and postal officials. Under his bill, the Postal Service could provide new products and services, including the delivery of beer, wine and hard liquor. Eligible postal retirees would be required to participate in Medicare, and the 4.3 percent temporary surcharge would become permanent.

The “good news” about postal finances, Rolando said, is “consistent with — and reinforces — the emerging consensus among key lawmakers, the Postal Service, postal unions, businesses, mailers and industry groups to move forward with practical reform that all stakeholders can buy into.”

One thought on “Why USPS doesn’t celebrate rare net profit; and a big service-cut plan dies”