When the MVS Craft Asked for Support – Greg Bell was the Only Candidate for Vice President who Answered the Call! – 21st Century Postal Worker
Share
Tweet
Email 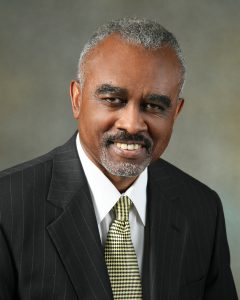 Last year, when Motor Vehicle Service craft officers asked for support in the fight to protect safety on the road and defend MVS jobs, Greg Bell was the only candidate for Vice President who answered the call.

In August 2015, MVS craft officers asked postal workers to submit comments to the Federal Motor Carrier Safety Administration (FMCSA) opposing a request by private subcontractors for an exemption from a federal safety rule. If the FMCSA had granted the exemption, it would have put public safety at risk and threatened postal drivers’ jobs.

Greg Bell is the only candidate for Executive Vice President who responded and submitted a written comment (Greg Bell ID: FMCSA-2015-0262-0092). In fact, he put forth all the essential arguments the FMCSA cited when it denied the exemption.

APWU won an important victory that will save lives and help protect MVS driver jobs.

Hundreds stood with MVS – Greg Bell’s opponents were not among them!

It’s no surprise that Greg Bell stood with MVS and helped to make a difference. As a national officer for 18 years, Greg Bell has worked with and provided advice and assistance to the different crafts, including our MVS national officers, in contract negotiations and enforcement.

Before being elected Executive Vice President in 2010, Greg Bell served for 15 years as our national Industrial Relations Director.

The Postal Service’s decision in 2012 to contract out PVS in California was one of the MVS Craft’s most difficult and challenging times. If California went by the wayside, the rest of PVS around the country would face the same fate.

Greg Bell was among the leaders at the headquarters level who provided strategic advice and assistance that got an arbitrator to reject the USPS decision to subcontract Postal Vehicle Service (PVS) work throughout California.

Greg Bell is the only candidate who has played a major role in the APWU’s success in negotiations and arbitration – winning pay raises and cost-of-living adjustments, protecting jobs, defending our no-layoff clause, negotiating limits on excessing and restrictions on management performing our work, winning conversions to career, and fighting to keep our active members and retirees in the Federal Employees Health Benefits Program.

Greg Bell is also the only candidate who has the experience and proven record of settling major national- level disputes, serving as the APWU’s expert witness in national-level arbitration, and playing an instrumental role in winning important national-level cases on behalf of our members.

As our struggle continues, and with our future at stake, there is no substitute for experience, proven leadership and accomplishments. Greg Bell is the most experienced candidate, and is best able to represent the APWU and our members.

When the MVS Craft asked for support – Greg Bell was the only candidate for Vice President who answered the call!

Greg Bell has always stood with us – let’s stand with him.