The APWU announced today that agreement had been reached with the US Postal Service that has resulted in an end to the Staples boycott/demonstrations. According to reports, the Postal Service has agreed to end the agreement with Staples that shifted our work to the Staples company, and to have all operations there, including outdoor signage, removed in a matter of a few weeks. This ends the three year struggle that saw demonstrations and leafleting at Staples stores throughout the Western Pennsylvania area virtually every other Sunday. It is a sweet victory for the Union and those that stood with us ‘on the line’ at the demonstrations. The moment should be savored by all Postal Workers.

In this area, THE WESTERN PA POSTAL WORKERS SOLIDARITY COMMITTEE, who quarterbacked the activity, can chalk up another successful campaign, following on the heels of Committee activity to oppose reduced mail delivery to five days a week, and the unprecedented successful food collection at the annual NALC food drive. Hat’s off to the Committee and the former Chairman, NALC Branch 84 President Mike Plaskon, who served as our leader until returning to duty recently. Well done, Mike. 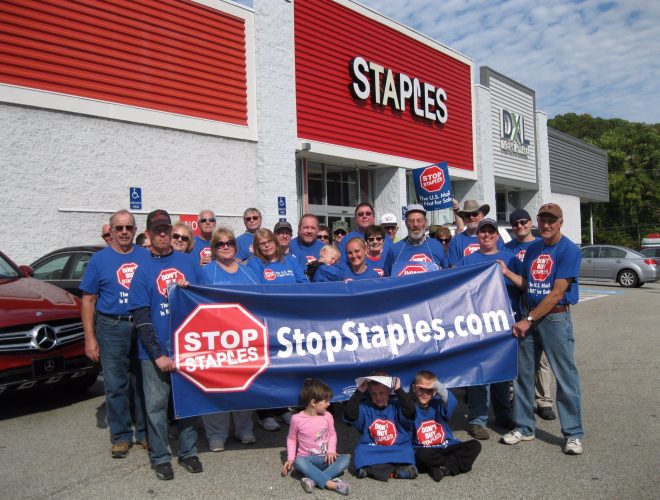 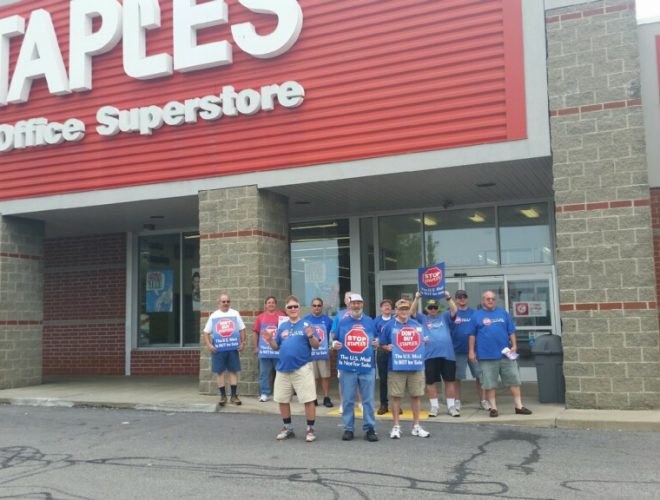 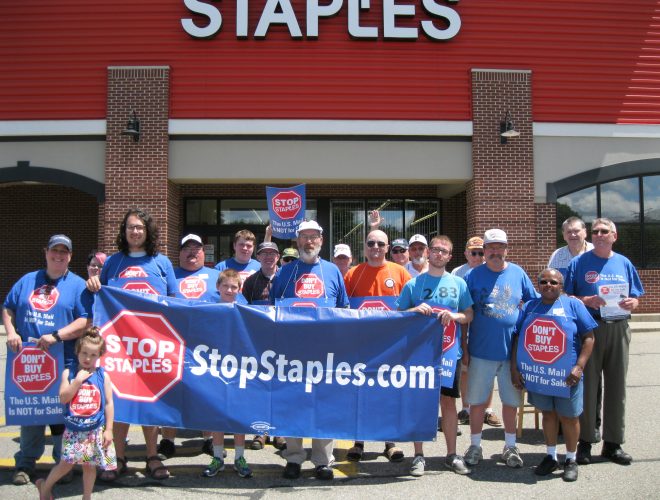 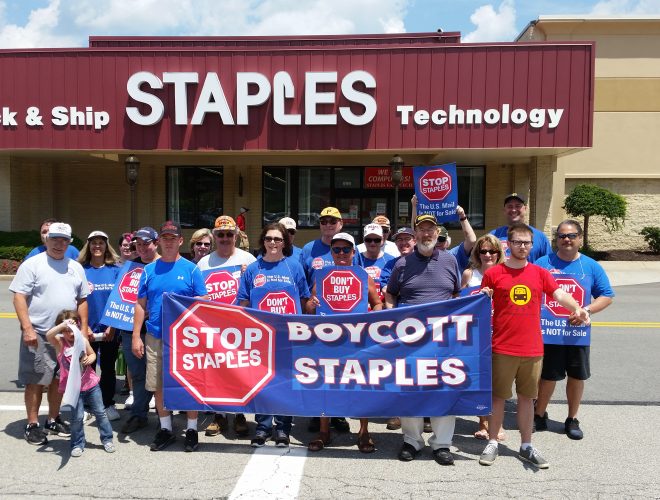 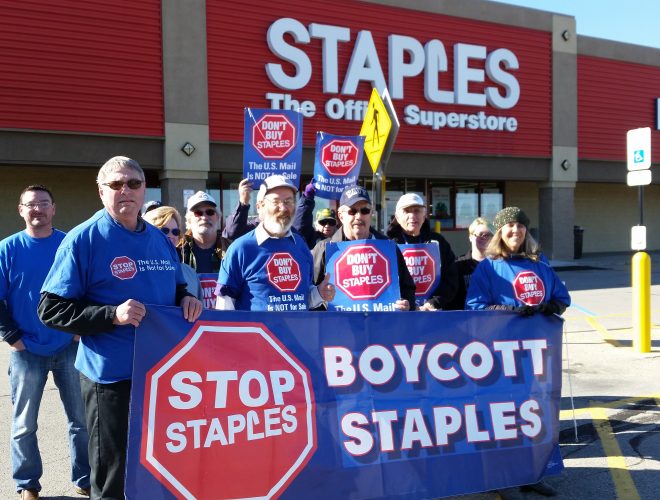 The Committee cannot adequately express our gratitude to those that braved the elements to give up a few hours a month to stand with us over the years. We withstood a lot of bad weather, extensive travel, and at times confrontations with various police departments as we stood our ground and would not back down. In the final analysis, it was the cops that backed down when confronted with legal precedents that preserved our right of assembly and free speech. You have earned our respect and the respect of your fellows. Thank you for all you have done to contribute to this victory.

For those rank and file that found one reason or another to skip the demonstrations, and there is a multitude, they have missed the opportunity to establish a place in Labor History by bringing the Postal Service to its knees in the face of concerted and comprehensive litigation and direct involvement by workers, retirees, and scores of labor activists. It was this cadre that won the day for all union members, whether present or not. We cannot leave this moment without urging all who missed this opportunity to stay alert. While that opportunity has been missed, the way the new government is shaping up, there will be many fights ahead to maintain what we have won, and to fight for improvement when we can. All will be needed and called upon in those struggles. Let the Staples victory be your guide. It is a classic example of what can be accomplished when we as Union members act together toward a goal, however arduous that path may be.