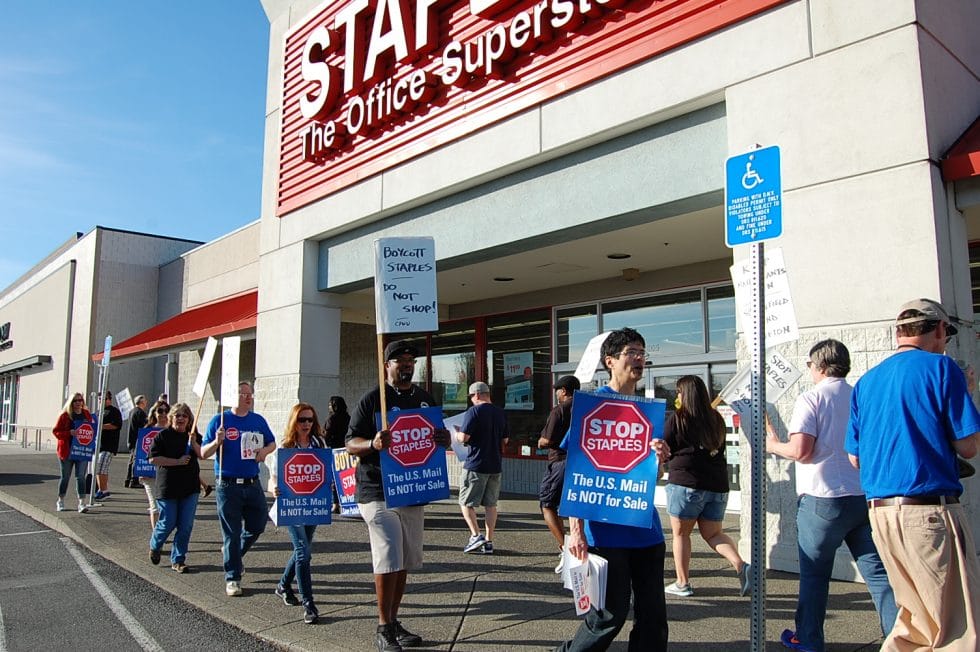 Attendees of the WAPWU Convention protest the dirty deal between Staples and USPS.

The convention took place in Vancouver, WA, but the demonstration was held in front of a Portland, OR, store, which happened to be the nearest location. For over an hour, activists marched, held signs, chanted slogans such as, “Whose Post Office? The People’s Post Office!” and passed out informative flyers to passersby.