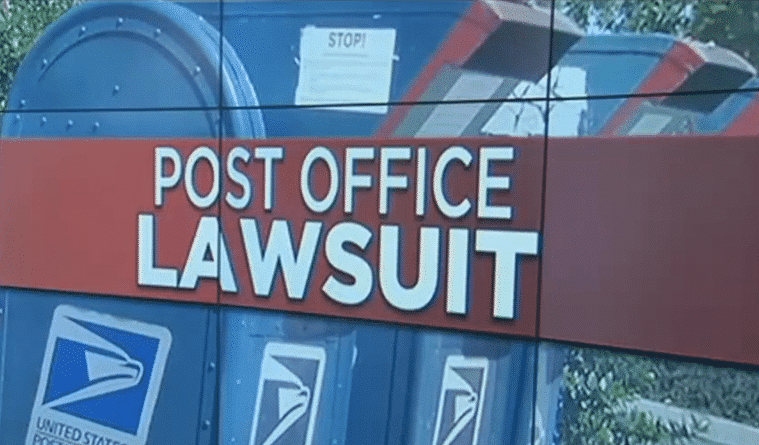 By Eric Philips – February 15, 2017
RICHMOND, VA (WWBT) – Lawyers filed a collective action complaint with about 40 plaintiffs in federal court on Monday. It claims Post Office management “required…mail carriers to work ‘off the clock’ without compensation in violation of the Fair Labor Standards Act.”

It further claims that employee time cards “have been deleted and/or altered by supervisors and management to reduce the total number of recorded hours worked and paid in a given day and/or week.” All, the suit claims, to avoid the expense of overtime.

It claims management received bonuses as an incentive to keep overtime low and that the USPS has cut staffing and labor costs by $10 billion over the past decade. 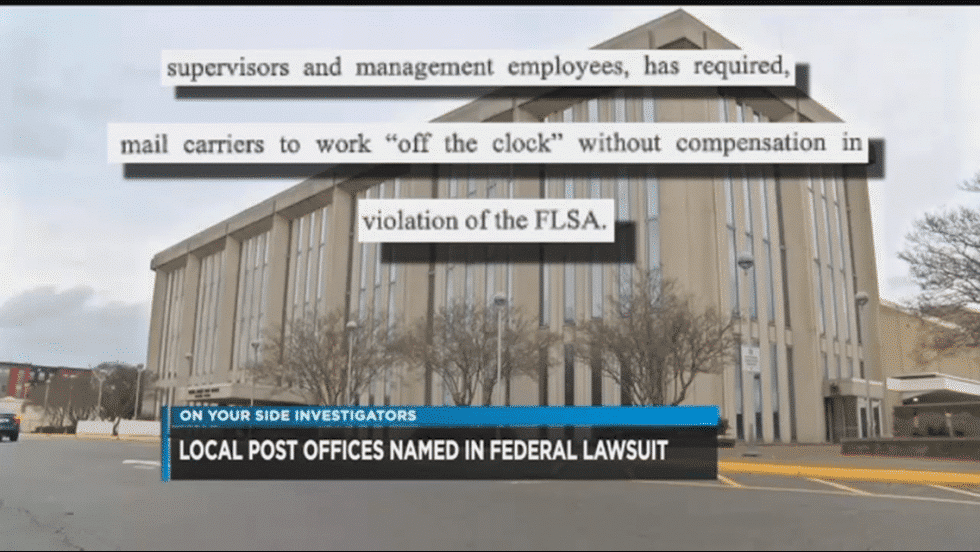 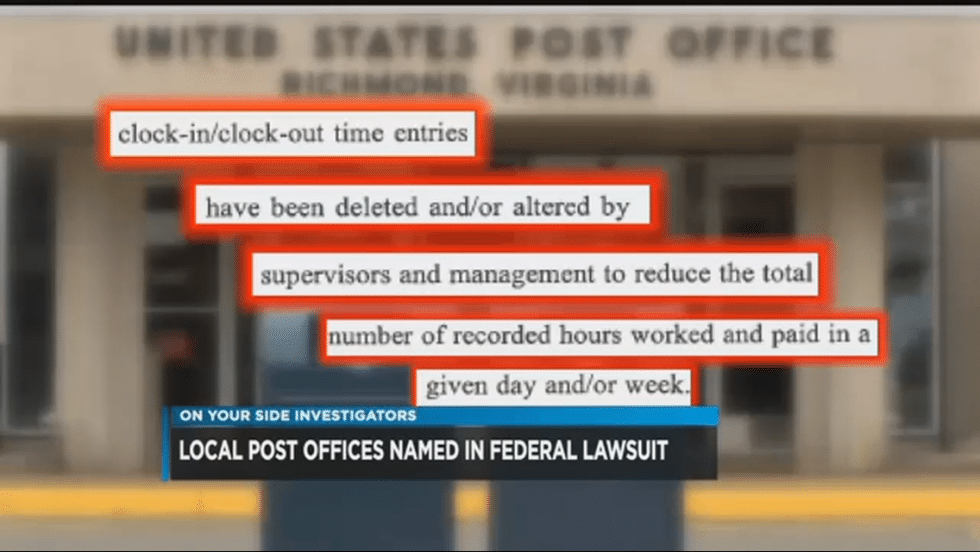 This filing is actually a companion lawsuit to one filed last month in Federal court claiming the same things, except it specifically targets the Richmond main post office on Brook Road. That’s where the allegations first surfaced with 21-year-old letter carrier Shekeera Greene.

“If you work hard, you want all of your money. Not some of it, all of it,” Greene said in a previous interview.

She stumbled on the alleged time card tampering while filing a workers’ comp claim after being injured on the job. She realized some of her clock out times had been changed.