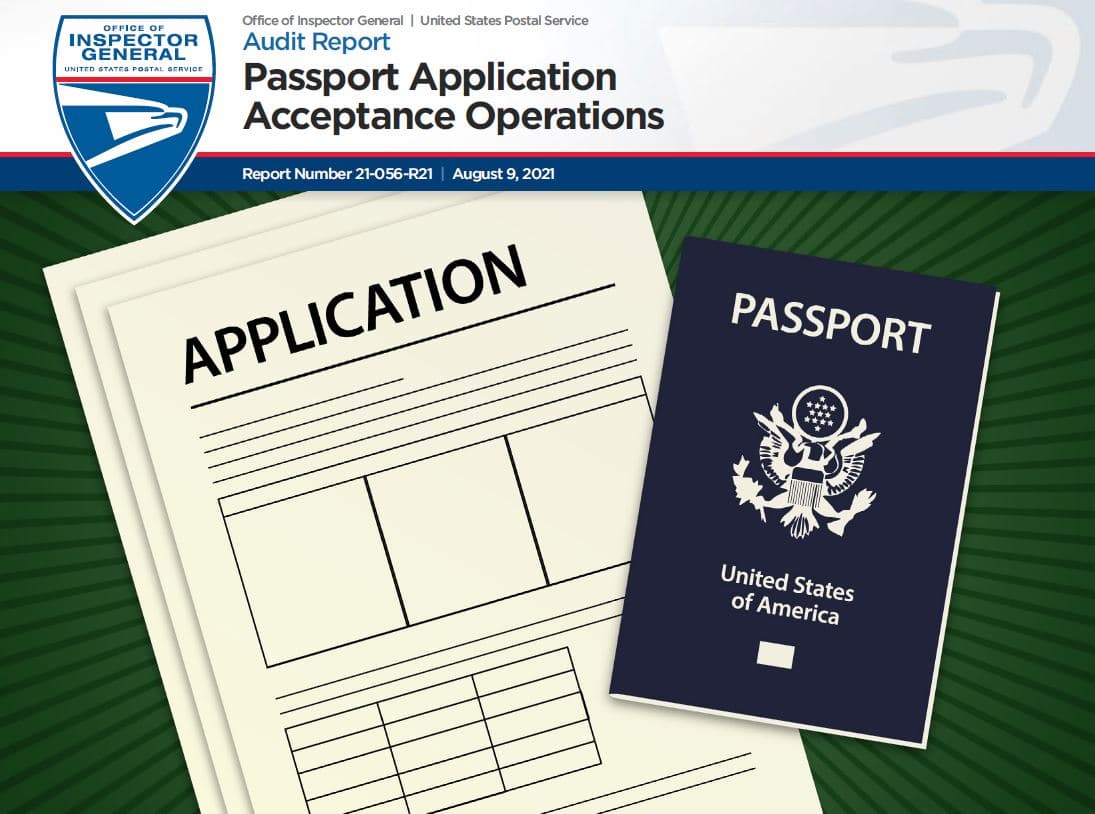 Our objective was to assess the Postal Service’s passport application acceptance operations and identify opportunities for improvement.

As of December 2020, the Postal Service had over 31,000 retail offices, of which 4,834 processed passport applications. During fiscal year (FY) 2020, the Postal Service processed approximately 4.4 million first-time passport applications, generating $197.3 million in acceptance and photo fee revenue. Compared to FY 2019, this was a 34 percent decline in volume and $101.4 million decline in revenue, both of which were likely attributed to a decrease in international travel during the COVID-19 pandemic.

Customers can schedule appointments through four channels: USPS.com website, customer care phone line, self-service kiosks, or in-person at a post office. Scheduled appointments are recorded in the Retail Customer Appointment Scheduler (Scheduler). Postal Service retail employees and supervisors view and manage upcoming appointments through the internal My Post Office application. Appointments are also monitored by Postal Service Headquarters staff using the “Passport Dashboard.” Prior to the implementation of the Scheduler in 2017, a customer had to call or visit a post office to schedule an appointment.

We recommended the Vice President, Retail and Post Office Operations: