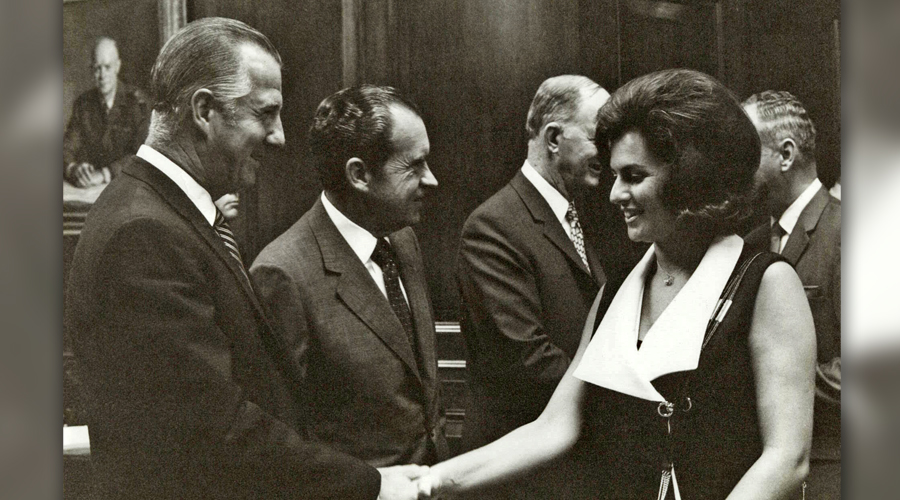 She was — to borrow a line from “Hamilton” — in the room where it happened.

Hennessy was in her 20s when she joined the Post Office Department in 1969 as the executive assistant to the Assistant Postmaster General for research and engineering.

She had come from the Pentagon, where she’d been a public information officer for the Air Force, and she soon found herself witnessing the dawn of the Postal Service — a year-long transformation that began when Nixon signed the act into law on Aug. 12, 1970.

“This was a huge deal, up in the PMG’s office,” Hennessy said of the ceremony that brought together Nixon, Vice President Spiro Agnew, current and former postal officials and others at Post Office Department headquarters in downtown Washington, DC.

“It was such a significant change. Monumental,” she said. “It was exciting and intimidating. Where do you start? But they had really excellent people in top positions who worked tirelessly to achieve a formidable goal.”

As Hennessy recalls the ceremony, she realizes she was the youngest postal face in the crowd:

“I can’t think of anyone else from that time who’s still around.”

Hennessy retired after 46 years, in 2015, although she continues to work part time as a contractor coordinating the budget for the Material Handling and Robotics group in Merrifield, VA, part of Engineering Systems.

A widow with one daughter, Hennessy enjoys baking, gardening and traveling.

And, she’s proud to say, “I love working. I had parents who instilled a strong work ethic and I still enjoy it. When the day comes that I don’t, that’s the day I’ll stop.”

One thought on “USPS: Worker witnessed major postal moment in 1970”