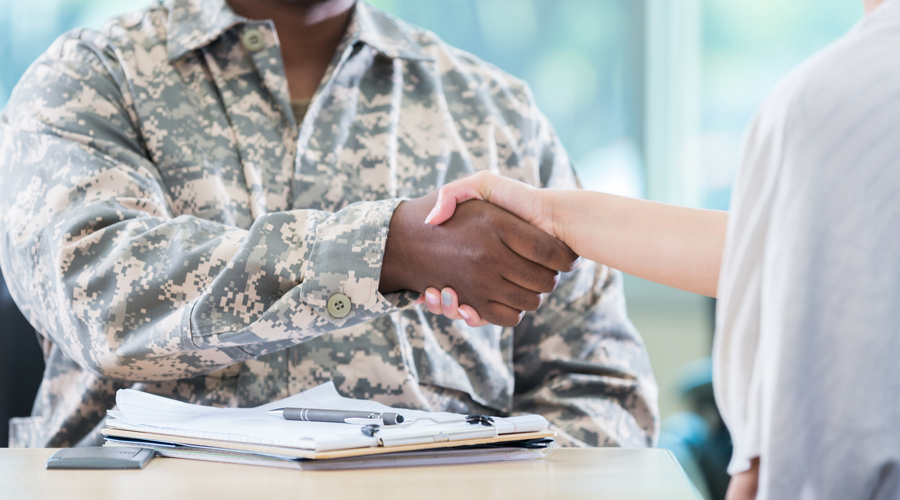 The Postal Service was recently recognized for its contributions as an employer of wounded military veterans.

USPS received the Wounded Veteran and Military Caregiver Employment Award during a virtual awards ceremony on Nov. 18. The award, presented by the Hiring Our Heroes initiative, is awarded to a company or organization that demonstrates leadership in addressing the employment challenges facing wounded veterans and military caregivers.

Hiring Our Heroes, a program of the U.S. Chamber of Commerce Foundation, is a nationwide effort to connect veterans, service members and military spouses with meaningful employment opportunities.

Postmaster General Louis DeJoy accepted the award on behalf of the organization, delivering remarks in a prerecorded message.

“We have long recognized the skills that veterans bring to the table,” DeJoy says in the video. “They have a fantastic work ethic, they’re disciplined and resilient, they solve problems and deliver results. They’re the kind of people you want on your team.”

Past recipients of the award include the Wounded Warrior Project, USAA and the Elizabeth Dole Foundation.

USPS has also been recognized as one of the nation’s top employers of veterans by Viqtory, a media and marketing company that produces magazines and websites for veterans and service members.

The Wounded Veteran and Military Caregiver Employment Award ceremony can be viewed on the Hiring Our Heroes website.