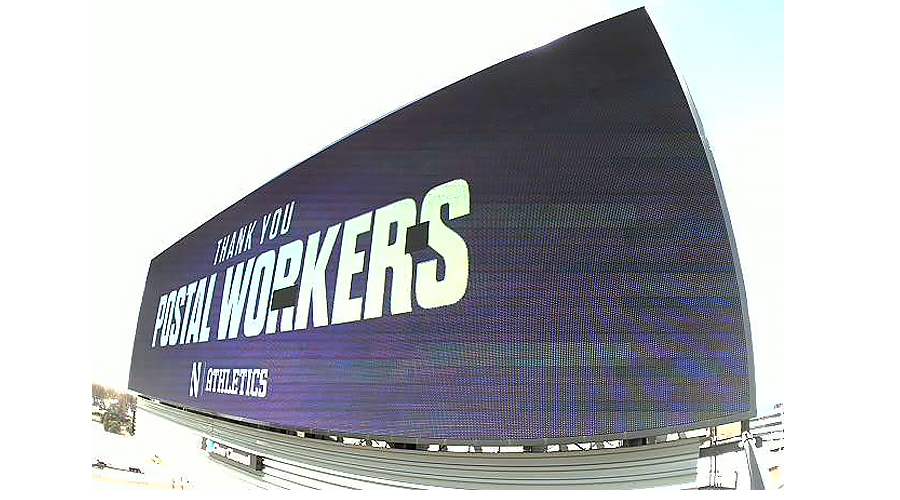 A Chicago-area university’s message of thanks to postal workers and other essential employees is now being broadcast throughout the nation’s third-largest city.

The athletic department at Northwestern University in Evanston, IL, leases a digital billboard off Interstate 294, near O’Hare International Airport. Normally, the billboard is used to promote the school’s sports teams.

“We basically just made a running list of all the industries with essential workers. We wanted the primary communication to be a ‘thank you,’ and we wanted people to know it was from Northwestern,” she said. “Hopefully, it gives people a little bit of boost.”

The university’s billboard is owned by Clear Channel Outdoor. After the thank-you messages began running, the advertising company contacted the university to request permission to broadcast the messages on its other billboards, Obering said.

The messages are now running on nine additional boards in the Chicago area.

“By maintaining normal operations during a time that isn’t normal, our employees are restoring hope to many,” said Randy Stines, the Postal Service’s Chicago District manager. “We are stepping up when needed most and our customers really appreciate it. I could not be prouder of our employees.”