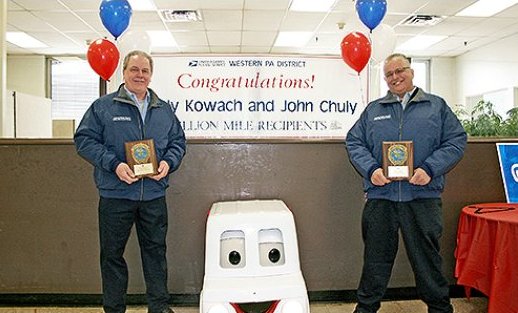 The National Safety Council awards membership in the club to professional drivers who’ve logged 30 years or 1 million miles without causing an accident. Most of the 7,100 Postal Service employees in the club are letter and rural carriers.

“We take our jobs very seriously because we know what we do helps keep the mail moving,” Chuly said.

Both mechanics received jackets and plaques during the induction ceremony.

“An award like this reminds you of how you make a difference every day for the service,” Kowach said.