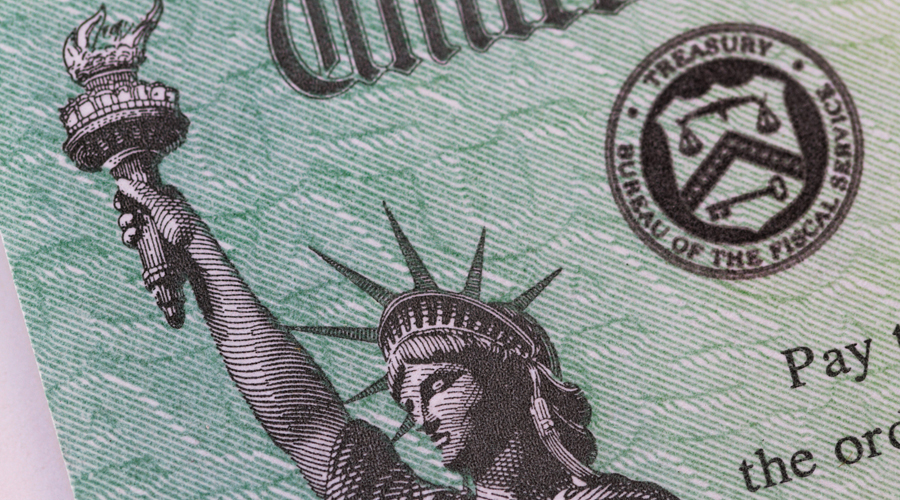 USPS will deliver an estimated 60 million stimulus checks during an eight-week period.

The Postal Service will deliver the economic impact payments that the federal government is sending to eligible households as part of its response to the coronavirus pandemic.

USPS, in its role as an essential service, will accept, process and deliver an estimated 60 million checks from the U.S. Treasury Department. About 5 million to 8 million pieces will enter the mailstream each week for about eight weeks.

The Postal Service will also accept, process and deliver an estimated 81 million eligibility notices from the Internal Revenue Service for households that will receive economic impact payments as direct deposits into their bank accounts.

Checks started entering the mailstream April 20, while the notices began April 22 and will continue through April 28.

Both the economic impact payments, also known as stimulus checks, and the eligibility notices will be letter-size First-Class Mail pieces.

Depending on income, eligible taxpayers who filed tax returns for either 2018 or 2019 will automatically receive an economic impact payment of as much as $1,200 for individuals or $2,400 for married couples and as much as $500 for each qualifying child, according to the agency.

Most seniors and retirees are also eligible to receive payments.

One thought on “USPS to deliver stimulus checks, notices”