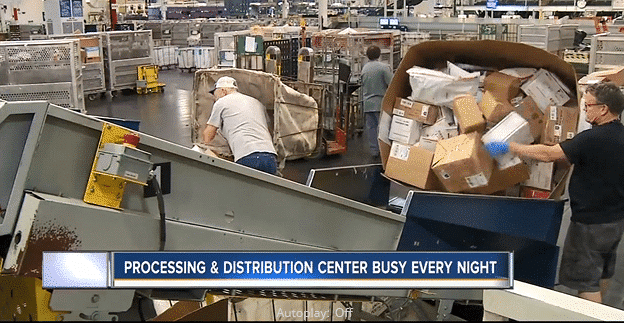 So far this year, postal carriers in the Gem State have delivered two million packages, with more coming in every day.

Boise, ID – The U.S. Postal Service is in the midst of its busiest time of year — the holiday season. But this year is even busier than normal — record-setting, in fact.

From cards to packages, it seems as though every post office in the country is busier than Santa’s workshop.

“Every year, we’re like, ‘Wow, that’s a lot of parcels,’” said Boise Postmaster, Dan Corral. “…but here again, we are in 2017, and we’re looking at breaking another record for how many parcels we’re going to deliver here in Idaho.”

So far this year, postal carriers in the Gem State have delivered two million packages, with more coming in every day.

And USPS expects Monday, Dec. 18, to be the busiest mailing day of the year in Idaho. 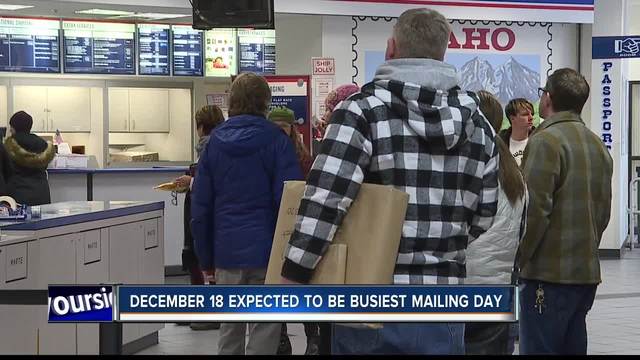 By the end of the holiday season, a record 3.5 million packages will be delivered across Idaho — up 10 percent from last year.

To accomplish that, technology and employees at the Boise Processing and Distribution Center move an avalanche of holiday packages every night.

“This time of year is our Super Bowl. It’s our big dance,” said Teren Hicks, senior manager of distribution. “Everyone here is willing and able to put in all the effort to make sure all the people get their packages and Christmas cards on time.”

USPS has increased its staff and expanded its delivery hours to include Sundays, early mornings and evenings.

Corral says his team will even deliver packages on Christmas Eve.

“…supervisors, managers, I’ll be here myself,” Corral said. “We’ll have as many people out here delivering mail, and we won’t go home until every piece of mail is delivered Christmas Eve.”

If lines at your local post office are too long and moving slow, Corral recommends heading to the downtown Boise office, located on 13th Street, if you can. With additional resources and staff, the wait time there is shorter.