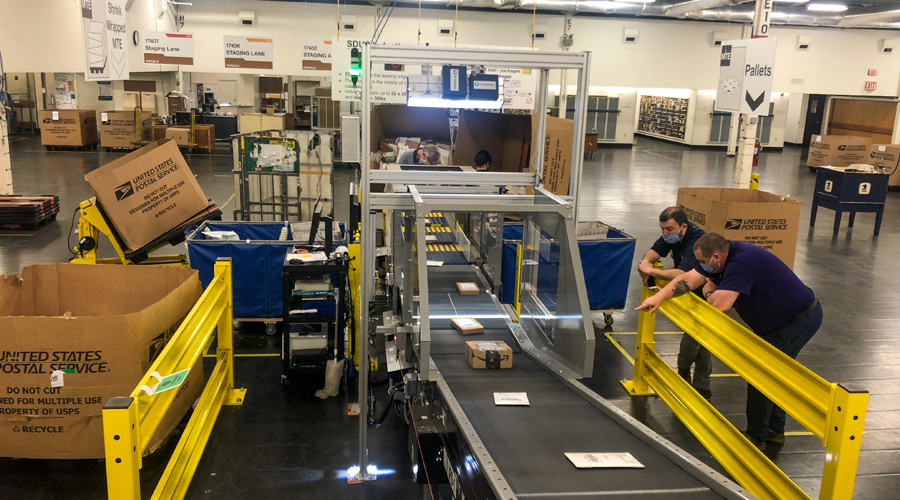 The small delivery unit sorter machine, which is capable of sorting at least 2,250 pieces an hour, requires less than 1,500 square feet of space.

May 14, 2021
The Postal Service is rolling out new machines specifically designed to help delivery units expedite package processing, an important objective of Delivering for America, the organization’s new 10-year plan.

Seven small delivery unit sorter (SDUS) machines have been installed so far, with six installed in April; another 93 are slated for installation before the start of this year’s holiday season.

“The small delivery unit sorter uses the best assets of the larger mail processing equipment in a scaled-down size,” said Roxane Weaver, a full-time regular clerk at the York, PA, Post Office, where the first SDUS was installed last November.

“It’s incredible to process so many parcels in such a short time,” said Allison Klinedinst, a York postal support employee.

SDUS deployment is one component of Delivering for America, which also calls for investments in technology, training, a new vehicle fleet and the modernization of the USPS network, among other improvements.

Said York Postmaster Michael Becker: “It has been extremely exciting to see our employees embrace the small delivery unit sorter and become an essential part of the Postal Service’s modernization.”