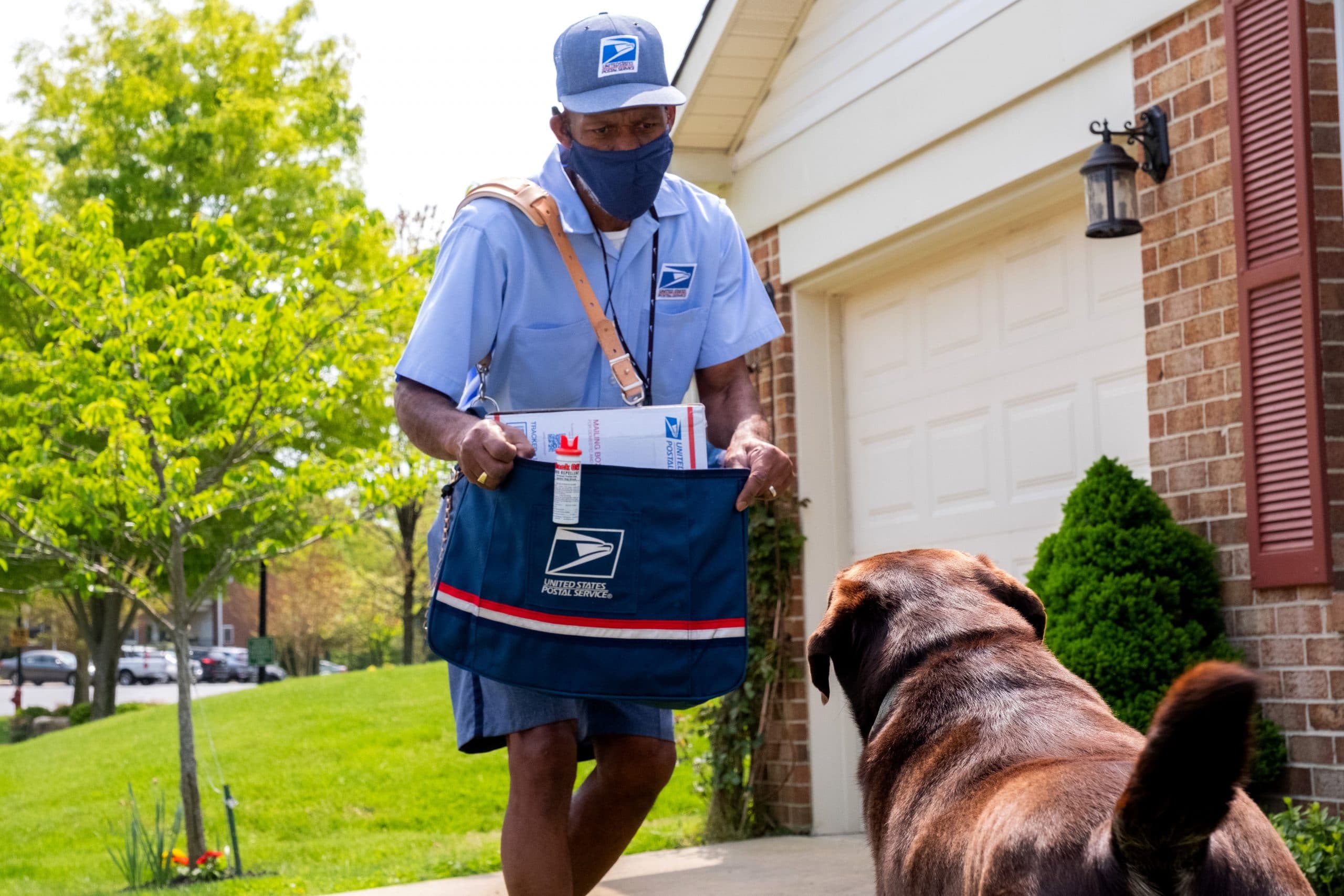 June 10, 2021
WASHINGTON, DC — More than 5,800 postal employees were attacked by dogs in the United States in 2020. From nips and bites to vicious attacks, aggressive dog behavior poses a serious threat to postal employees and the general public. To highlight the enormity of this serious issue, the U.S. Postal Service is providing the public with information on the do’s and don’ts of responsible dog ownership as part of its annual National Dog Bite Awareness Week public service campaign.

The campaign runs Saturday, June 12 through Friday, June 18. This year’s theme is “Be Aware: Any Dog Can Bite.” Spread the news of the campaign by using the hashtag #dogbiteawareness. Dog bites are entirely preventable. One bite is one too many.

“Raising awareness about dog bite prevention and how to protect our letter carriers as we deliver the mail is paramount,” said USPS Acting Employee Safety and Health Awareness Manager Jamie Seavello. “Dogs are instinctive animals that may act to protect their turf and that why’s it’s important to inform the public about this campaign.”

Prevent the bite
Dog owners are responsible for controlling their dogs. The best way to keep everyone safe from dog bites is to recognize and promote responsible pet ownership. Most people know the approximate time their letter carrier arrives every day and having their dog secured as the carrier approaches their property for delivery will minimize any dog carrier interactions.

Also, Informed Delivery is a great tool for customers. It’s a free service that gives customers a digital preview of the mail and packages that are scheduled to be delivered so that they can take precautions and secure their dog when parcels are delivered to the door. Sign up at informeddelivery.usps.com.

Carrier and the Canine
Letter carriers are trained to observe an area where they know dogs may be present. They are taught to be alert for potentially dangerous conditions and to respect a dog’s territory.

→ Don’t startle a dog.
→ Keep your eyes on the dog.
→ Never assume a dog won’t bite.
→ If entering a yard, make some noise or rattle a fence to alert the dog.
→ Never attempt to pet or feed a dog.
→ Place your foot against an outward swinging door.

If a dog attacks, carriers are also trained to stand their ground and protect their body by placing something between them and the dog — such as their mail satchel — and use dog repellent, if necessary. Even though postal officials ask customers to control their dogs, unfortunately dog bites still happen, which may cause injuries to our carriers and costly medical expenses for dog owners. Please heed the above best practices to help stop dog bites and protect your letter carrier.

Kansas City, KS letter carrier James Michael Benson recognizes the importance of the safety training he’s received as a letter carrier to help protect himself from dog attacks while delivering the mail. However, even though he diligently follows dog bite safety protocols while on his route, he was recently attacked by a dog.

“I knocked on a customer’s door to pick up a package and as a young child answered, a dog came bursting out of the door and bit my forearm, knocking me to the ground “ said Benson. “I was in shock and struggling with the dog, when he lunged and bit me again on my face, under my ear.”

Benson stated the attack was so fast and forceful he couldn’t react to get his dog repellent and it was one of the most terrifying moments of his life. The attack happened in seconds before the dog was abruptly restrained by the owner.

Carriers do have tools to remind them about dogs on their routes. There is a dog alert feature tool on their handheld scanners to remind them of a possible dog hazard and they use dog warning cards as reminders when they sort their mail for their routes that a dog that may interfere with delivery.

Lastly, when a carrier feels unsafe, mail service could be interrupted, not only for the dog owner, but for the entire neighborhood. When mail service is interrupted, mail must be picked up at the Post Office. Service will not be restored until the dog is properly restrained.

2020 Dog Attack Rankings by City
More than 5,800 USPS employees were attacked by dogs in 2020. The top 25 rankings comprise 47 cities, as some cities reported the same number of attacks: