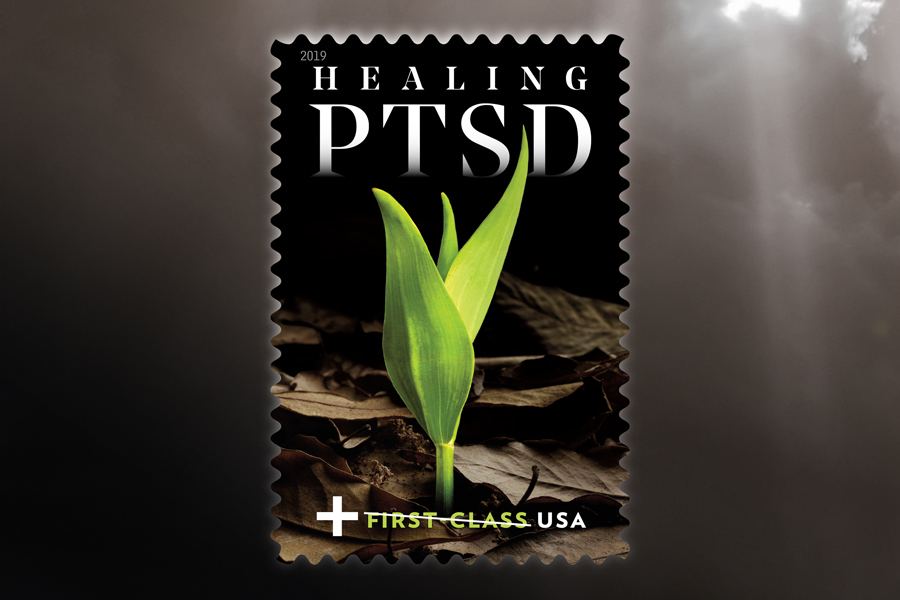 The Healing PTSD semipostal stamp features a symbolic photographic illustration of a green plant sprouting from ground that is covered in fallen leaves.

Healing PTSD, a semipostal stamp to raise funds for those diagnosed with post-traumatic stress disorder, will be released Monday, Dec. 2.

PTSD develops in some children and adults who have survived a traumatic event. The condition can be triggered by experiences such as a natural disaster, car accident, physical or sexual assault, abuse and combat, among others.

Tens of millions of Americans will experience PTSD in their lifetimes.

Although researchers have tracked post-trauma disorders for hundreds of years, PTSD was not officially added to the Diagnostic and Statistical Manual of Mental Disorders, a widely used reference guide published by the American Psychiatric Association, until the late 20th century.

The stamp features a photographic illustration of a green plant sprouting from ground that is covered in fallen leaves. The image is intended to symbolize the PTSD healing process.

Photographer Mark Laita took the image, while Greg Breeding served as art director for the stamp.

The Semipostal Authorization Act grants USPS the authority to issue and sell semipostal stamps to advance causes deemed in the national public interest and appropriate.

The Healing PTSD stamp will be sold for 65 cents at Post Offices and usps.com. The price includes the First-Class Mail single-piece postage rate in effect at the time of purchase plus an amount to fund PTSD research.

Under the law, revenue from sales of the stamp — minus the postage paid and the reimbursement of reasonable costs incurred by the Postal Service — will be distributed to the U.S. Department of Veterans Affairs.