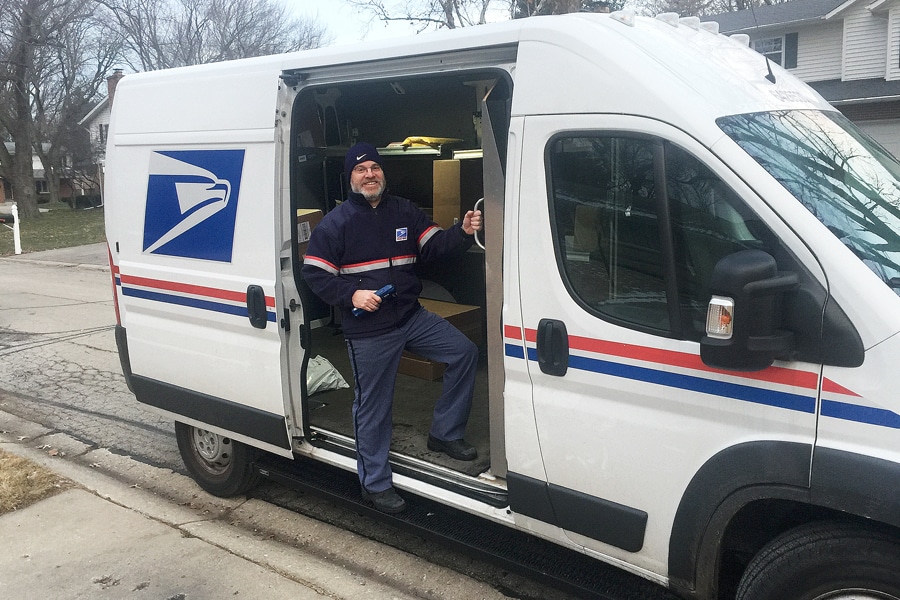 It’s the crack of dawn on a recent Monday, and Erik Gutekunst is gearing up for another round of early morning package deliveries.

The city carrier assistant, who is based in St. Charles, IL, is loading a ProMaster 2500 vehicle with packages that will be delivered in nearby Geneva, IL.

Gutekunst said the vehicle makes his job a little easier.

“You can walk straight through them, turn around and come back with no problems,” he said.

The vehicles are also more fuel efficient than the aging minivans they replaced.

Other employees are also praising the ProMasters this holiday season, saying the vehicles play an important role in the organization’s efforts to deliver an estimated 850 million packages.

The ProMasters, which are left-hand vehicles, are used for “park and loop” routes, where carriers park and make door-to-door deliveries on foot; mail collection; and other tasks. More than 12,400 ProMasters are now on the road.

In addition to the ProMaster rollout, the Postal Service is continuing its multi-phase initiative to replace its LLV fleet with state-of-the-art vehicles that are designed to accommodate a diversifying mail mix, improve safety and service, reduce emissions and produce operational savings.

The public praises the ProMasters, too: During Gutekunst’s recent early morning deliveries, he heard from customers who admired the vehicle’s sleek appearance.

“Everyone likes them a lot,” Gutekunst said.