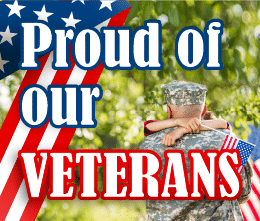 We like to take the occasion of Veterans Day to salute the military service that roughly 18 million men and women have given to our country, according to the most recent Census Bureau data. In particular, we want to recognize the veterans among our U.S. Postal Service and OIG employees. The Postal Service has historically been one of the nation’s largest employers of veterans. USPS and OIG together currently employ nearly 100,000 veterans.

As USPS says on its website: “We value the leadership, reliability, and high-tech skills veterans bring to the organization, as well as their loyalty and integrity.” We at the OIG want to thank our nation’s veterans for their service to our country.