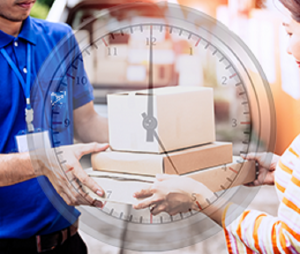 More packages and fewer letters to more addresses each year. That’s the daily drill for U.S. Postal Service city carriers and city carrier assistants (CCA), the non-career carriers who make up a growing segment of the workforce.

As we’ve noted in past blogs, customers are feeling negative effects of this changing mail mix. Complaints of late delivery or missed deliveries have increased in some areas.

We reviewed city delivery operations and customer service data in these 16 units and identified several issues, including:

Carriers returning from their routes after 6:00 p.m. remains a nationwide problem for the Postal Service. We have chronicled this in past audit reports and recommended that USPS improve mail flow within and between the processing centers, as well as develop a plan to review package data and make route adjustments as needed. In the Richmond report, we also recommended that supervisors utilize operational and reporting tools to monitor delivery operations. We also recommended that supervisors follow customer service policies and procedures to resolve customer complaints timely and to the customer’s satisfaction.