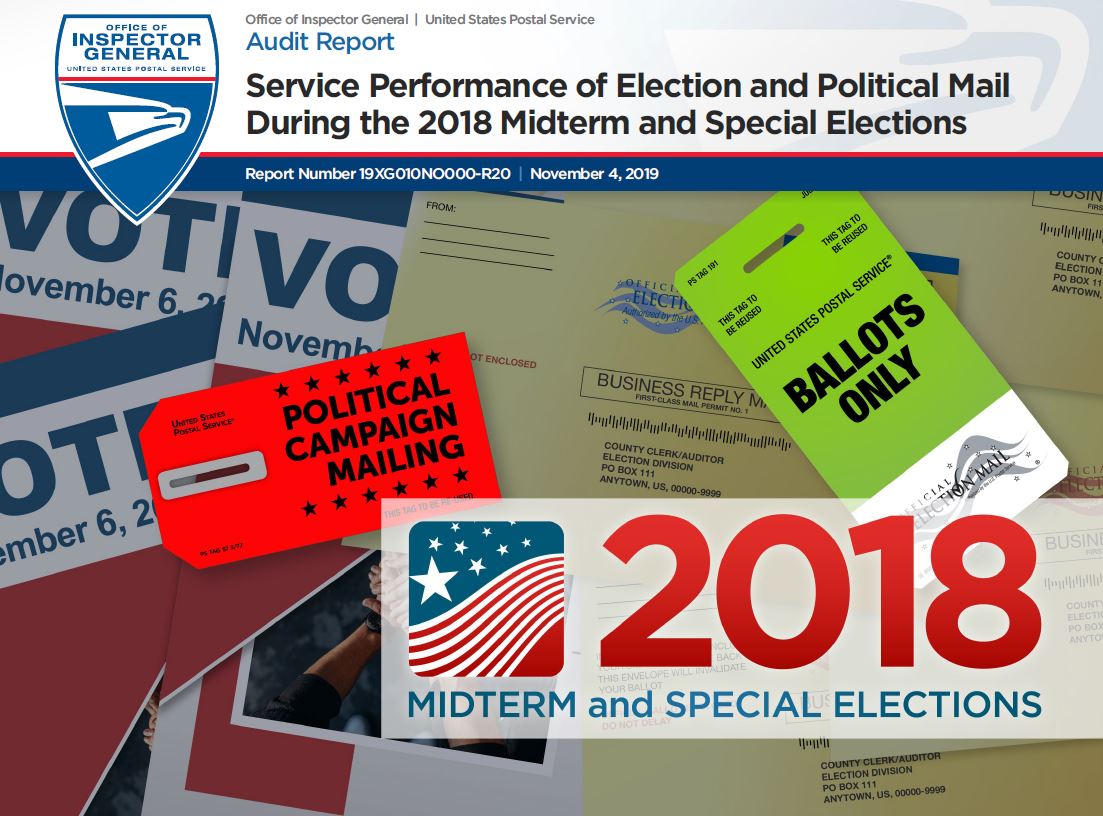 Our objective was to evaluate the U.S. Postal Service’s performance in processing Election and Political Mail for the 2018 midterm and special elections. The Postmaster General requested this audit. We previously reviewed the Processing Readiness for Election and Political Mail for the 2018 Midterm Elections and issued a report in June 2018. Midterm and general elections are held in the U.S. every two and four years, respectively. Special elections are held outside of this cycle for specific purposes, often to fill a vacant office. The next general election will be held on Tuesday, November 3, 2020.

After evaluating the Postal Service’s performance for processing Election and Political Mail for the period January through October 2018, we conducted interviews with Postal Service plant officials at the highest and lowest performing sites in each of the seven Postal Service areas based on service performance. In addition, we interviewed headquarters officials and area and district Political and Election Mail coordinators.

Management at the seven high-performing sites attributed their success to the following critical factors:

Management at the seven low-performing sites attributed poor performance to the following factors:

Not meeting mail service performance goals increases the risk of customer dissatisfaction, which could lead to reduced business for the Postal Service and a potential loss of revenue. In addition, timely delivery of Election and Political Mail is necessary to ensure the integrity of the U.S. election process.