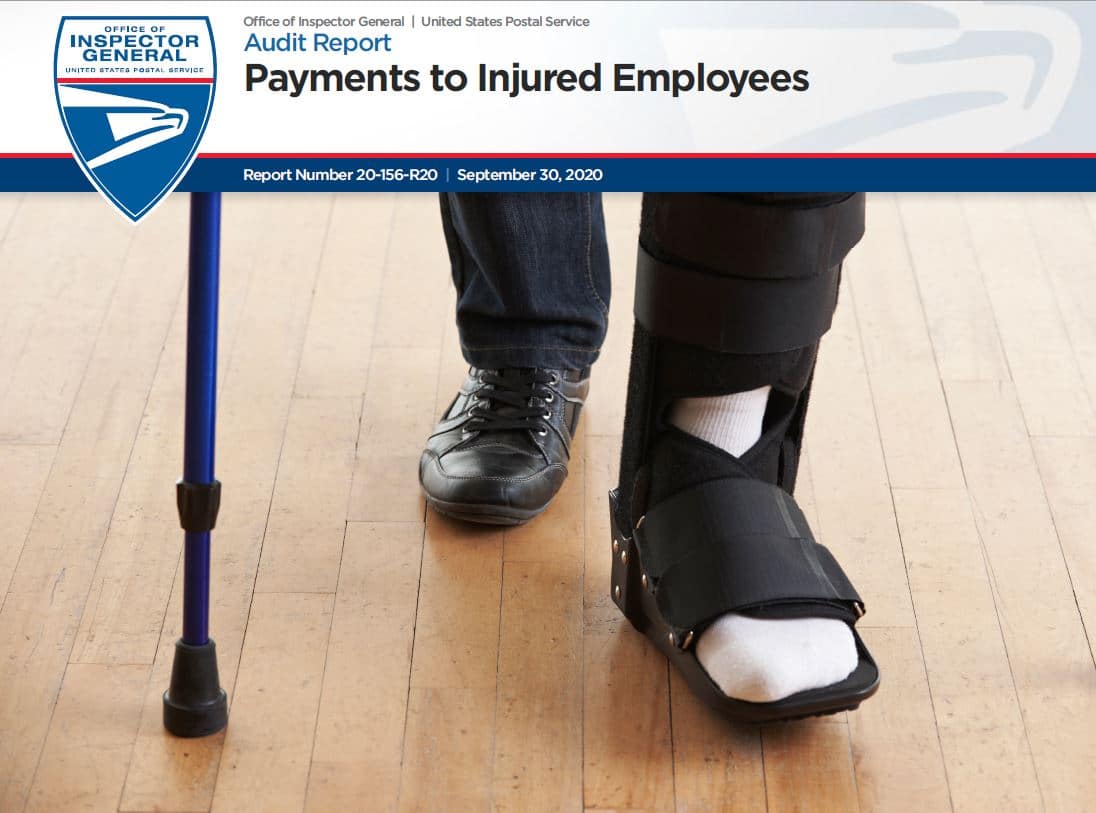 Our objective was to determine whether the Postal Service is properly paying its injured employees.

Postal Service employees are covered by the Federal Employees’ Compensation Act (FECA). The U.S. Department of Labor’s (DOL) Office of Workers’ Compensation Programs (OWCP) administers FECA, determines injured employees’ eligibility for benefits, and pays direct compensation to claimants or their beneficiaries. In 1974, FECA was amended, increasing benefits and significantly changing the law by adding provisions such as continuation of pay, which allows for an employee to elect to continue receiving salary from the employer, in lieu of annual or sick leave, for up to 45 days if the employee is absent from work due to disability or medical treatment from a work-related injury. The Postal Service is responsible for paying the injured worker continuation of pay while DOL adjudicates the workers’ compensation benefit claim. The DOL will begin making payments, following adjudication, to compensate for the loss of wages or wage-earning capacity due to the job-related injury.

Workers’ compensation disability payments are payments made to injured employees for the loss of wages or wage-earning capacity and do not include reimbursement for incurred medical costs. In chargeback years 2018 and 2019, disability compensation totaled over $800 million for each year.

Our audit was in the fieldwork stage when the President of the U.S. issued the national emergency declaration concerning the novel coronavirus disease outbreak (COVID19) on March 13, 2020. The results of this audit do not reflect any process and/or operational changes that may have occurred as a result of the pandemic.