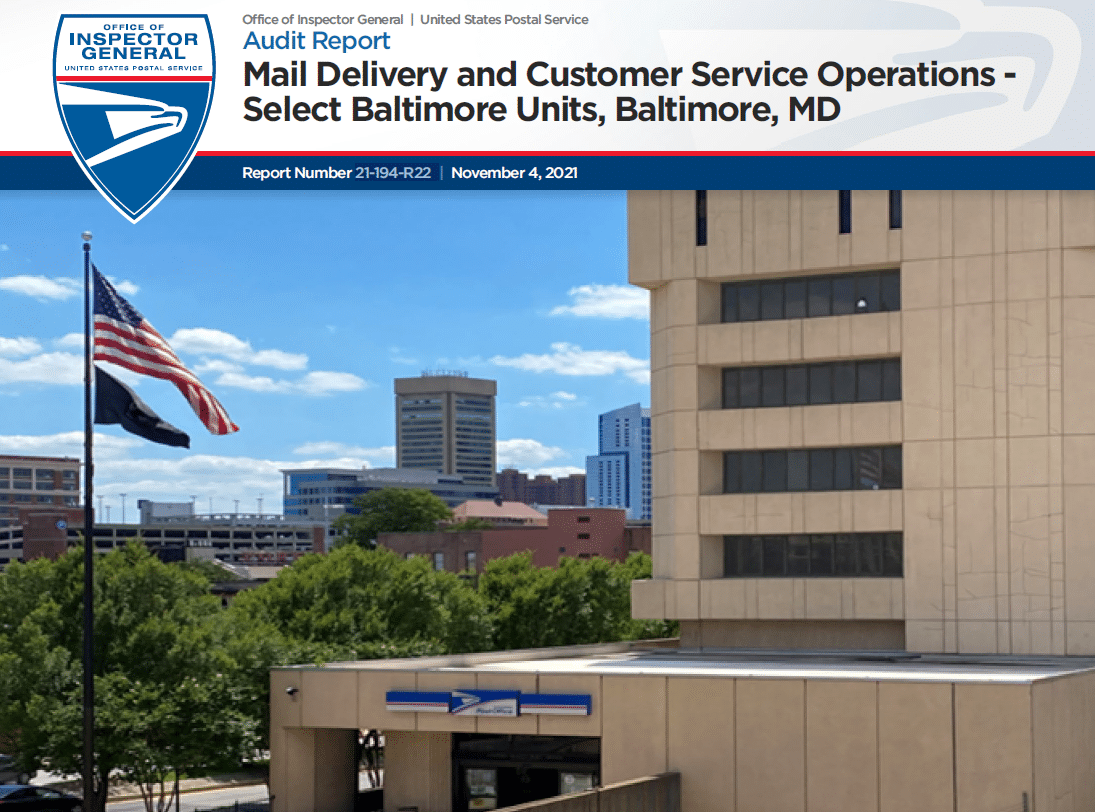 This report responds to requests from U.S. Representatives C.A. Dutch Ruppersberger and Kweisi Mfume, for the 2nd and 7th Congressional Districts of MD, respectively, to review mail delivery and customer service operations at select units in the Baltimore, MD, region. In May 2021, Representatives Ruppersberger and Mfume sent letters requesting reviews at several units in the Baltimore region based on an increase in constituent complaints in the months prior.

Finding #1: Delayed Mail
We identified delayed mail at each of the nine units during our site visits from June 22-24, 2021. Specifically, we found about 972,457 pieces of delayed mail, the majority of which was made up of letters and flats. We found very few delayed packages at the nine units and both unit management and carriers stated that there was an emphasis on getting all packages delivered each day.