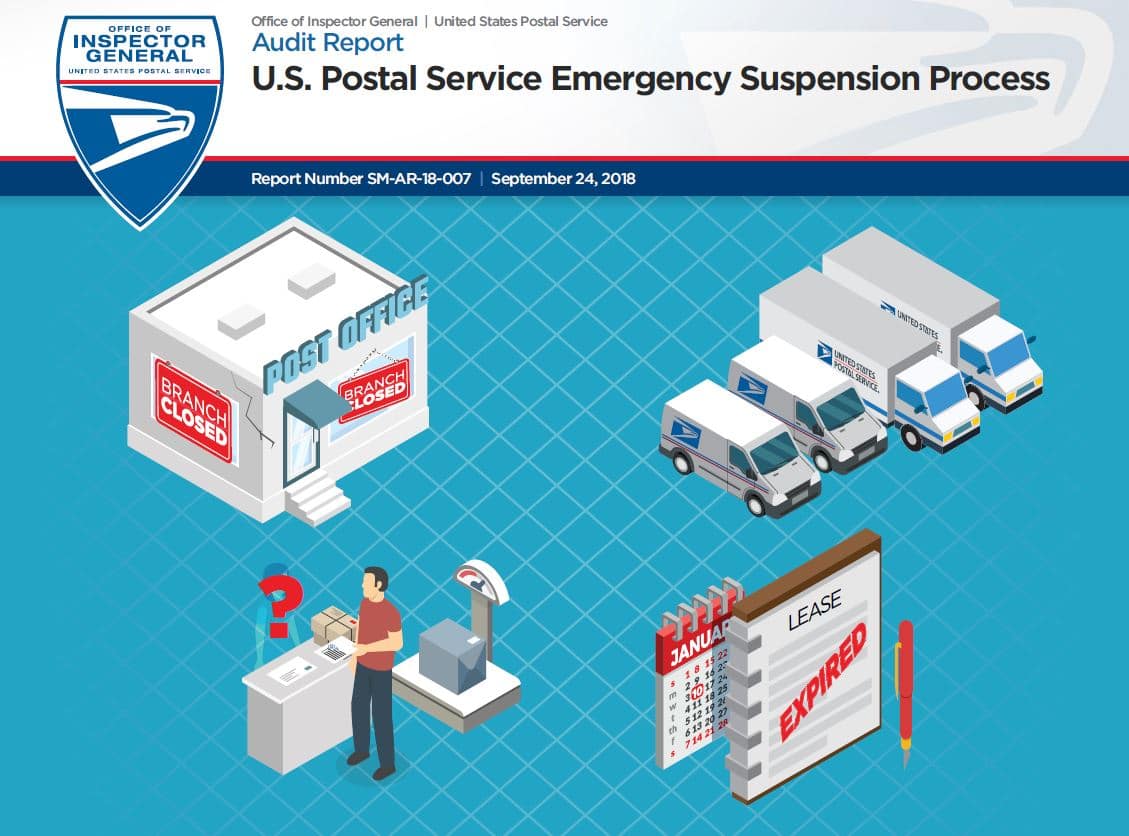 Our objective was to assess whether emergency suspensions of Postal Service facilities in the Eastern Area are executed in compliance with policies and procedures, including actions taken to reopen or discontinue facilities.

District managers may suspend the operations of any post office, classified station, or branch under its jurisdiction for the following reasons: a natural disaster; termination of a lease or rental agreement; lack of qualified personnel to operate the office; irreparable damage when no suitable alternate quarters are available in the community; severe damage to, or destruction of an office; challenge to the sanctity of the mail; and lack of adequate measures to safeguard the office or its revenue.

Eastern Area district personnel did not consistently comply with policies and procedures to ensure suspension decisions had an independent review, customers were appropriately notified, required approvals were obtained, or action plans were developed.

In addition, emergency suspensions are not adequately being monitored by area or district personnel for timely resolution of suspensions.

These issues occurred because:

We recommended management reinforce policy on the suspension process for district personnel who manage emergency suspensions through formal communications and refresher training; develop standard operating procedures, or enhance current guidance for the emergency suspension process to be more comprehensive in the areas of roles and responsibilities, deliverables, monitoring, and communication protocols; and take appropriate actions to address: (1) facilities stagnate in the discontinuance process, (2) facilities without alternate quarter searches conducted, and (3) the facility with an incorrect recording in the Change Suspension Discontinuance Center.