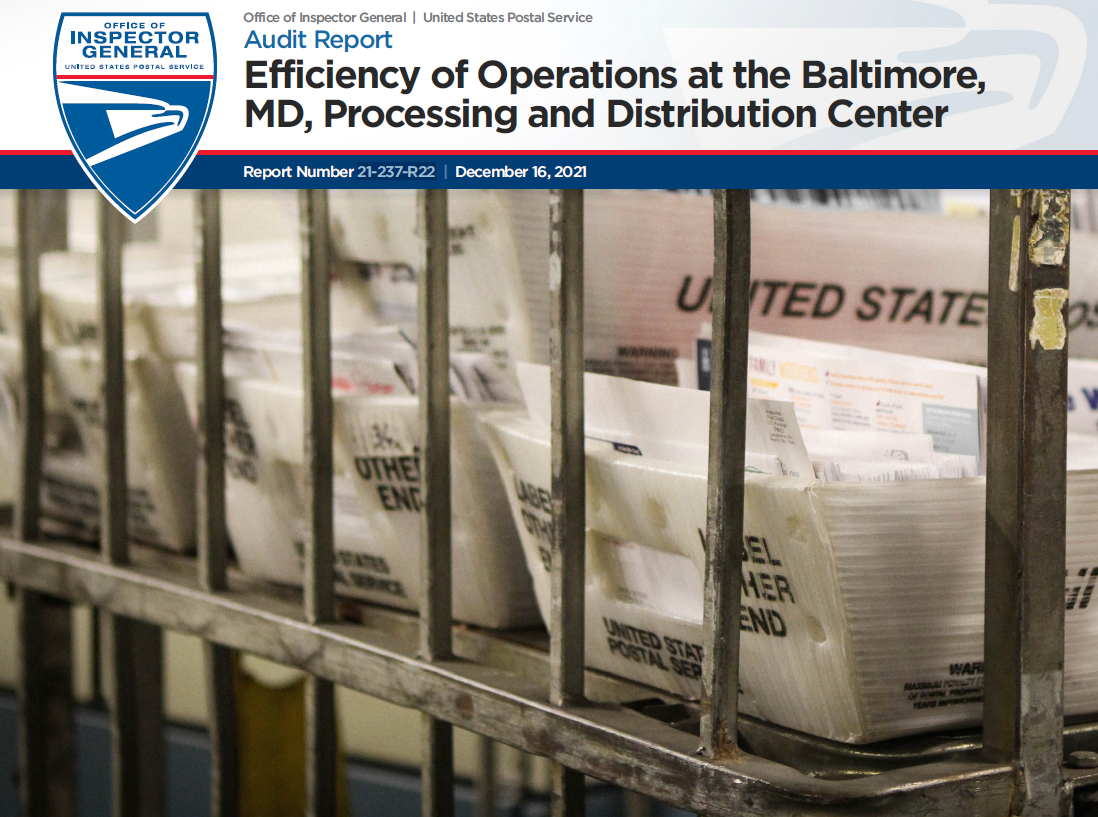 Recently, the OIG audited nine Baltimore delivery units as part of a congressional request to evaluate mail delivery and customer service operations on selected routes. The objective of this separate but related self-initiated audit was to evaluate the efficiency of plant operations at the Baltimore, MD, P&DC. This audit was completed to identify mail processing issues at the Baltimore P&DC that could affect delivery units served by this P&DC.

Finding #1: Manager and Supervisor Vacancies and Attendance Issues
We found that manager and supervisor vacancies and attendance issues impacted the efficiency of operations at the Baltimore P&DC. Between December 2020 and November 2021, the Baltimore P&DC had as many as three of its six (50 percent) Manager of Distribution Operations (MDO) positions and up to five of its 26 (about 19 percent) Supervisor of Distribution Operations (SDO) positions vacant. In addition, management stated that SDO attendance was an ongoing issue and three SDOs were absent from work during our visit the week of September 27, 2021.

Finding #3: Mail Brought to Docks After Scheduled Truck Departures
We found that mail was brought to the outbound docks after scheduled truck departures. As a result, from October 1, 2020, to July 31, 2021, about 35.9 percent of trips dispatched from the Baltimore P&DC were either late or extra trips.

Finding #4: Missed Load and Depart Scans
Baltimore P&DC employees were not performing container load scans20 and depart scans consistently before dispatching mail to the next facility. Specifically, from October 2020 to July 2021, on average only 58.9 percent of load scans and 76.3 percent of depart scans were completed, which was below the 95.5 percent goal for FY 2021.