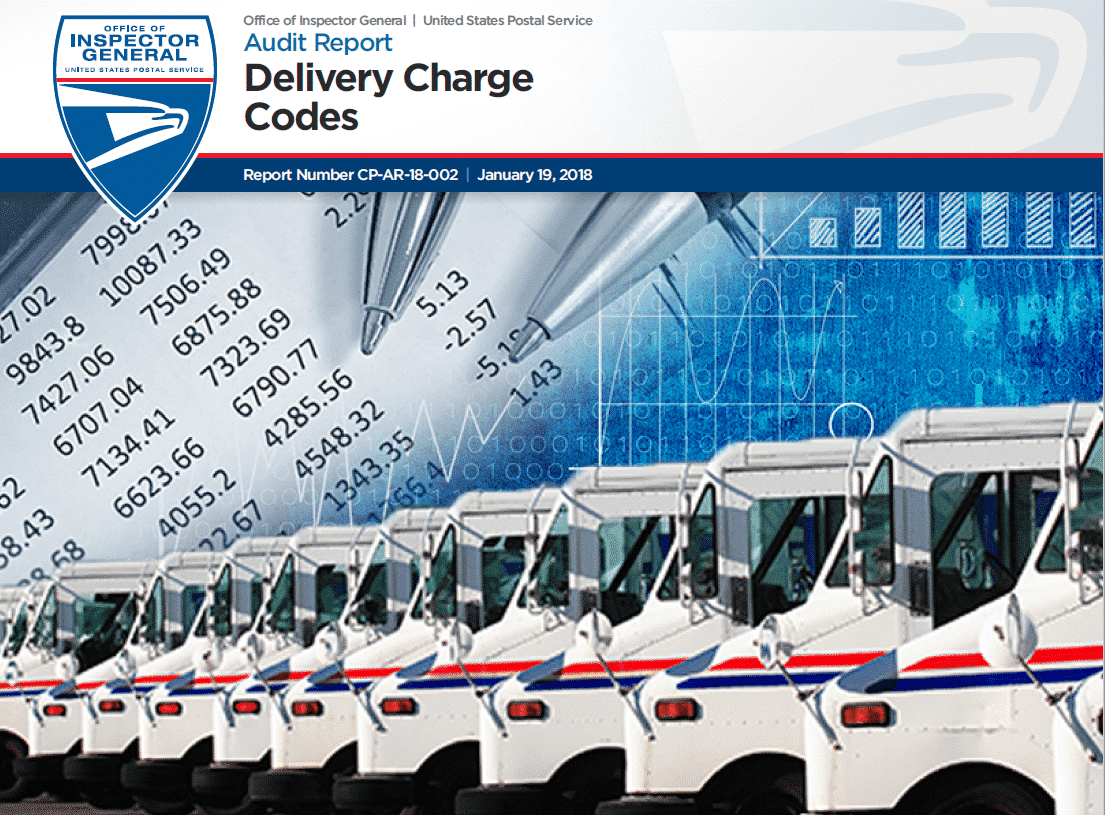 The U.S. Postal Service maintains city carrier labor cost data in its Time and Attendance Collection System (TACS). However, this TACS data does not generally associate labor costs with specific mail products and services. Therefore, the Postal Service relies on data from statistical sampling systems, such as the In-Office Cost System (IOCS) and the City Carrier Cost System (CCCS), to determine which city carrier labor costs to allocate to letter routes (normal delivery of letters, parcels, and so on) and special purpose routes (other street delivery activities) as well as which costs to attribute to products and services.

On June 30, 2017, the Postal Service submitted a proposal to the Postal Regulatory Commission (PRC) to use more comprehensive data from TACS instead of IOCS sampling data to determine the share of costs for letter routes and special purpose routes (SPR). The Postal Service will still use IOCS and CCCS sampling data to allocate letter route and SPR costs to products and services.

Our objective was to assess the reliability and accuracy of TACS data for city carrier labor costing.

The Postal Service could improve the reliability and accuracy of TACS data for use in city carrier labor costing. Specifically:

This generally occurred because personnel mistakenly charged Sunday workhours to incorrect LDCs. In addition, the new policy was not consistently communicated to employees and delivery supervisors did not always monitor and correct carriers’ clock rings.

This issue did not impact the current city carrier costing methodology because the Postal Service uses sampling instead of LDC workhour data from TACS for city carrier cost attribution. However, under the Postal Service’s proposed methodology to replace IOCS sampling with TACS data to determine the share of costs for letter routes and SPRs, inappropriately charged workhours could impact the accuracy and reliability of total city carrier labor costs allocated to Sunday delivery cost pools and attributed to products and services.

The Postal Service does not require supervisors to document a justification for modifying workhours on an existing clock ring. In addition, TACS does not have controls that require entry of a justification before a supervisor adjustment is accepted.

The ability to adjust clock rings and move workhours between MODS operations without proper justification and oversight increases the risk of improper adjustments. The integrity of workhours associated with the correct MODS operations and LDCs is important so that management has accurate and reliable data to identify, plan, monitor, and control personnel expenses.

In addition, prior audit work found that insufficient controls over clock ring management, such as unsupported changes and noncompliance with policies, increased the Postal Service’s risk of grievances, overtime and penalty overtime payments, and punitive damages.

Further, ineffective controls over clock ring adjustments increases the risk that TACS workhour data is not reflective of actual operational activities. This could impact the accuracy and reliability of cost attribution if the Postal Service proposal to use TACS data in city carrier costing is accepted.